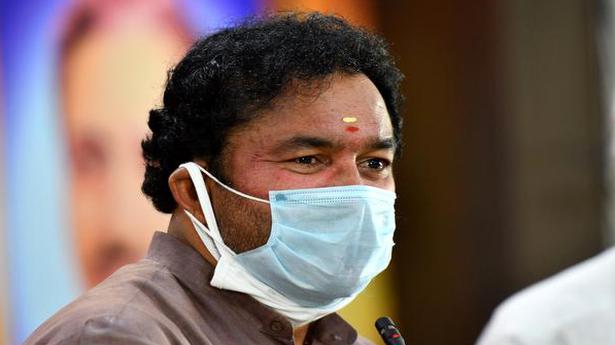 He said if BJP was voted to power in the GHMC polls, the city will witness overall development across all areas.

Hitting out at the AIMIM, Union Minister G. Kishan Reddy on Sunday alleged that the Asaduddin Owaisi-led party was ‘family-run’ and has no relations with Muslims.

Seeking votes for BJP for overall development in Greater Hyderabad Municipal Corporation polls, Kishan Reddy charged the MIM with having a history of ‘harassing’ poor Muslims and ’grabbing’ their assets using mafia.

He further alleged that BJP sees MIM as a political party which inherited the ideology of Razakars-private militia organised by Qasim Razvi during the rule of Nizam and supported terror activities by extending financial and legal aid to some of them.

He said if BJP was voted to power in the GHMC polls, the city will witness overall development across all areas.

Slamming the TRS for ‘failing’ to keep its poll promises such as “two bedroom houses” for the weaker sections, the Minister of State for Home asked people to demand the ruling party candidates to show them their houses.

Mr. Reddy also claimed that the L&T Metro rail cost was overrun by ₹3500 crore due to delays caused by the K. Chandrashekhar Rao’s government.

Works of the metro rail began much before Mr. Rao took over as CM of the state.

Blaming the “poor conditions of civic infrastructure” in the city, Mr. Reddy said about six lakh houses were inundated and 15 lakh people were affected during the heavy rains that lashed out the city last month.

GHMC polls are scheduled to be held on December 1 and the counting will take place on December 4. Panther which prowled around Himayatsagar caught 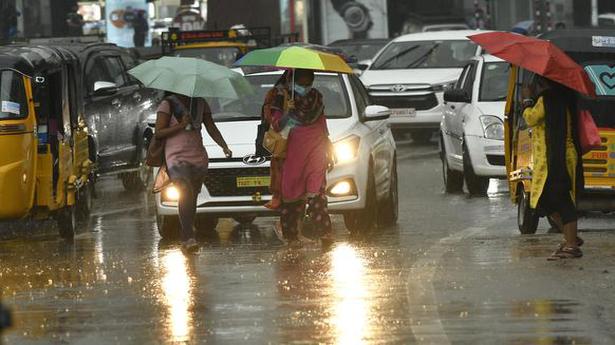 In keeping with the curbs, restaurants and marriage venues can remain open only till 9.30 p.m, Amid the grim COVID-19