There has not been any communal clash in the State in the past four years, says Palaniswami

Muslims in the State need not fear as they will not be affected by the AIADMK’s alliance (with the BJP), party co-coordinator and Chief Minister Edappadi K. Palaniswami said at a meeting with Jamaath leaders here on Thursday.

He began his two-day campaign in Tiruppur district and met Jamaath leaders at a private hall on Kangeyam Road. “Alliance is different, and ideology is different. Alliances will keep changing because they are formed for political purposes,” he said, without naming any party. He had given a similar assurance in Ramanathapuram last month.

Asserting that the AIADMK did not discriminate on the basis of caste or religion, he said there had not been any communal clash in the State in the past four years. “Any minor [communal] issues are dealt with immediately,” he said, referring to the recent arrest of BJP State executive committee member R. Kalyanaraman at Mettupalayam for his alleged remarks on Prophet Muhammad and Islam.

Kicking off his campaign at Avinashi in the morning, Mr. Palaniswami said crop loan waiver certificates would be issued to farmers “within 10 days”.

He condemned DMK president M.K. Stalin for claiming that the crop loan waiver, to the tune of ₹12,110 crore, would only remain an announcement. He “cannot understand the hardships faced by the poor”, the Chief Minister said.

Speaking at Pandian Nagar in the Tiruppur North Assembly constituency, Mr. Palaniswami alleged that DMK MPs had not raised issues concerning the State in Parliament. Criticising Mr. Stalin for collecting petitions from the public during his campaign, he said the State government would soon open the ‘1100’ helpline for the public to file their grievances on the phone.

At Valarmathi bus stop in the Tiruppur South constituency, he alleged that the DMK did not take adequate steps to ensure the release of convicts in the Rajiv Gandhi assassination case. Hence, it was not competent to criticise the AIADMK government on the issue.

In the afternoon, Mr. Palaniswami interacted with farmers at Kangeyam. Noting that the Tamil Nadu and Kerala governments were holding talks for the Anamalayar-Nallar scheme, he said the work would begin soon.

Later, speaking near the Kangeyam Bus Terminus, he said the government would construct concrete houses for handloom weavers and a statue of the famous Kangeyam breed of bull would be installed in the town. 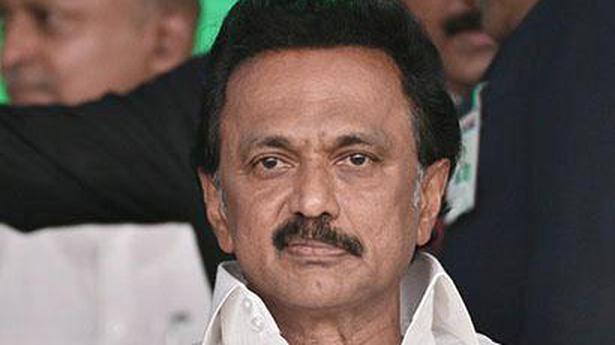 At GST meet, Stalin wants CM to press for voting on compensation issue

SC notice to Centre, States on regularisation of illegal constructions