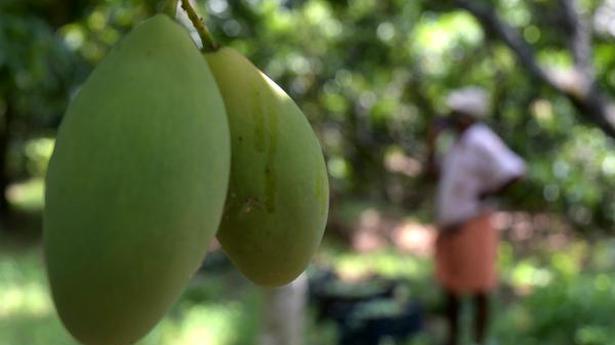 The mango farmers of Muthalamada have been badly affected by the untimely showers of December and continual attack by a puzzling variety of thrips. The farmers have got hardly one-fourth of the yield when the Muthalamada mango season peaked by the beginning of February.

Muthalamada mangoes enjoy a special place across the country, especially in the north, as they are the first mangoes to hit the market in January-February. Till mid-March, Muthalamada mangoes usually fetch good price in the market; but not this year. The farmers said the untimely showers of December had destroyed the flowers to a large extent. Attack by a new variety of thrips has virtually shattered the dreams of the farmers by destroying the flowers.

“The untimely rains caused the flowers to drop, and the thrip attack has been beyond the control of the farmers. We got hardly 20% of the yield that we ought to get by this time,” said Hafees J.M., mango trader and exporter from Muthalamada. He said that apart from the heavy crop loss, mango sale and export too had dipped considerably in the post-COVID-19 scenario. “Mango export rate has gone up. But the sale has fallen for obvious reasons. Flight movement is minimal in the pandemic time,” said Mr. Hafees.

Mango farmers of Muthalamada are still clueless about the thrips, locally called Elappen, in spite of their presence for the last three years. The farmers have tried different pesticides, but none has been found effective. “Thrips have become the biggest enemy of Muthalamada farmers in recent memory. For three years consecutively, they (thrips) have given us our biggest woes,” said M. Sachindran, a farmer who owns about 10 acres of mango orchards.

He has been cultivating mango trees at Muthalamada for about three decades. The entire area spread over 4,500 hectares witnessed a crop shift from groundnut to mango over four decades ago. Most orchards of Muthalamada have flowered now. The third batch of flowers will have their crops by March-April when the mango season across the country peaks. By April, the demand for Muthalamada mangoes will be less as mangoes from other parts of the country pour into the markets.

“We should have got a decent yield by now. But getting a yield by March-end or April will not help us,” said Mr. Sachindran. Delhi remains the main market for Muthalamada mangoes, followed by Ahmedabad and Mumbai. About 90% of the 20,000 tonne mangoes from Muthalamada reach those markets every year. But this year, hardly one-fourth is expected to reach those markets. 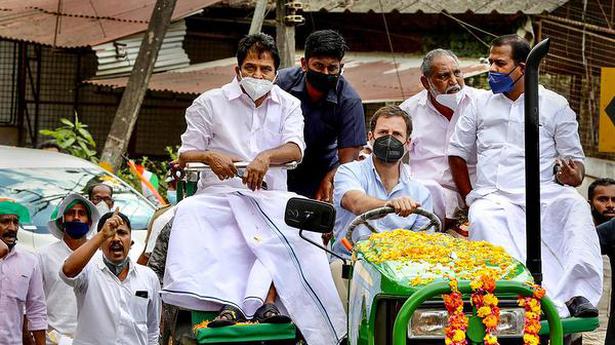 Agriculture is the only business that belongs to ‘Bharat mata’: Rahul Gandhi