This is part of an ongoing drive across the country by Indian Railways to tap alternative, clean and green sources of energy

In a bid to reduce dependence on conventional sources of energy and go green, the Mysuru division of South Western Railway (SWR) will establish three solar farms in its jurisdiction.

The proposal for the solar farms has been sent to the Railway Ministry for approval. The farms will come up at Yeliyuru between Mysuru and Mandya, at Devaragudda near Davanagere, and Talaku near Chitradurga.

This is part of an ongoing drive across the country by Indian Railways to tap alternative, clean and green sources of energy that are not only renewable, but will also help cut down on power and fuel charges. The drive is in sync with the larger objective of Indian Railways to emerge as a net-zero carbon emission organisation by 2030, according to Rahul Agarwal, Divisional Railway Manager, Mysuru.

He told The Hindu that Mysuru division generated nearly 3 lakh units of power from the two solar power plants at the divisional railway office and Mysuru railway station. The two solar plants generated 2,86,788 units in the last financial year (2020-21), and enabled the railways save ₹11,50,593 on power tariff.

While the power plant at the Mysuru divisional office has an installed capacity of 100 KWP, the one at the Mysuru railway station has a capacity of 110 KWP. Both plants are being operated under power purchase agreement where the land is provided free while the developer generates and provides energy at subsidised rate, he added.

In addition, there is a third plant of 10 KWP at Birur railway station, which is a hybrid power plant being managed by the department.

Apart from Mysuru railway station, there are plans to have solar panels at other stations too within the jurisdiction of SWR.

More than 220 level crossing gates are being operated through solar power, and officials say the potential is immense given the number of sunny days in the region.

Indian Railways has assessed that it has a cumulative potential to generate 20 GW of solar power across India, and is planning to utilise its vacant plots to establish land-based solar power plants for its traction requirements. 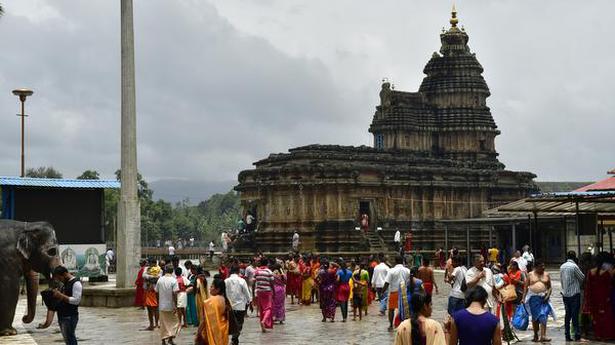 4 convicted for pouring acid on woman