For the second successive year, the Mysuru zoo is heading for a financial crisis.

As the zoo solely banks on its gate collections for its upkeep and feeding animals and birds, the sharp drop in footfall since April this year and the subsequent closure has put the zoo in distress with zero revenue.

Last year too, the zoo was in crisis following the lockdown but a lot of help came in from animal lovers and others, including politicians, who gave donations and adopted animals and birds. After the lockdown was lifted, the zoo did not get the kind of footfall that it used to draw before the pandemic, weakening its financial status.

More than ₹3.5 crore came in the form of donations and adoptions last year, helping the zoo management to manage the crisis.

In anticipation of such a gesture this year too from animal lovers amidst uncertainty on when the curbs would be lifted, the management of the Mysuru zoo has written to all major industries and businesses here seeking help, either in the form of donation or adoption of animals, to help it overcome the crisis yet again.

Zoo Executive Director Ajit Kulkarni told The Hindu that the zoo had sought help from industries, and also from those who had helped it last year. “We have appealed to them for aid as the zoo’s basic overheads is around ₹7 lakh a day, which primarily includes animal feeds. So far, there is no response from them but about ₹6 lakh had been raised through animal adoptions from others,” he said.

Last year’s savings have now come to the zoo’s rescue. The zoo did not take up any development work last year and the money that it saved is now helping it to look after maintenance amidst the prevailing situation. “We can manage up to next month using the available resources. If the zoo does not get funds or earn revenue by then, maintenance will become difficult,” he opined.

The zoo needs about ₹24 crore annually for maintenance, animal feeds and staff salaries. The zoo has around 1,450 animals and birds of 151 species.

Minister in charge of Mysuru district S.T. Somashekar, who had ensured that the zoo got donations and adoptions during the pandemic last year, has assured help this year too and also urged animal lovers to help until the situation returns to normality. Infosys Foundation had helped the zoo last year through its donations.

With falling revenues not just in Mysuru but across zoos in the State last year, the Zoo Authority of Karnataka had launched a mobile app for donations towards the maintenance of animals and meeting other expenditures besides paying the staff salaries. Donations and adoptions can be made using the app. 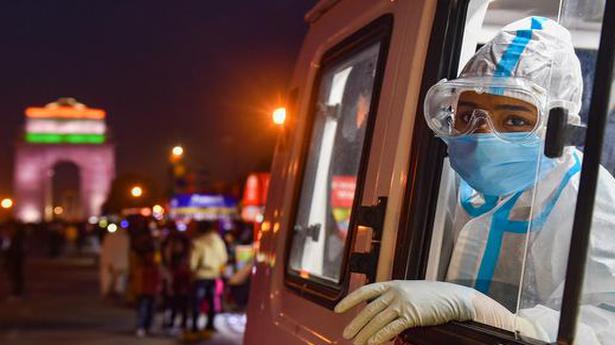