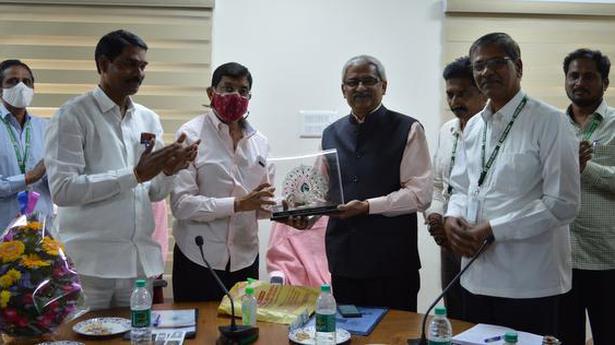 We assure to continue support to Telangana govt. in future: CGM

The National Bank for Agriculture and Rural Development (NABARD) is glad to be part of the growth of Telangana State and its transformation into a ‘golden state’, said its Telangana region office Chief General Manager Y. Krishna Rao.

Quoting the success formula of Telangana State with the launch of white, blue, pink and green revolutions, the NABARD CGM said, “We are happy to be part of all the four revolutions and committed to the growth of the newly-formed State. We assure to continue the support to Telangana government in future also.”

Mr. Krishna Rao was in Karimnagar town on Tuesday to participate in the Karimnagar District Cooperative Central Bank (DCCB) board meeting, which was attended by TSCAB and DCCB chairman Konduru Ravinder Rao and CEO N. Satyanarayana Rao and others. Speaking on the occasion, he said that the NABARD had extended financial assistance to the tune of ₹10,000 crore for the revolutionary scheme of providing protected drinking water to people of the State under Mission Bhagiratha scheme.

Terming the Kaleshwaram lift irrigation project (KLIP) as an engineering marvel, he said that they had extended financial assistance of ₹5,600 crore including ₹4,600 crore for Komuravelli Mallannasagar project. He said that they had sanctioned ₹800 crore to Markfed for the procurement of maize. NABARD had decided to extend another financial assistance to the tune of ₹1,100 crore under RIDF programme for the construction of 500 to 600 check dams to tap each and every drop of water and recharge the ground water table.

Stating that the Karimnagar DCCB was the best in the country in terms of all parameters, he said that people’s money was safe in the bank because of its accelerated performance and better services than any commercial bank. He hoped that the Karimnagar DCCB, which was doing around ₹5,000 crore business, would cross ₹10,000 crore business in the coming three years period.

He said that the Karimnagar DCCB had also emerged as the only cooperative bank in the country to secure cyber security operations centre (C-SOC). Telangana is ahead in the country with the formation of 330 Farmer Producer Organisations (FPOs) and the Indervelli FPO in Adilabad district with tribal farmers had emerged as a role model for the country with the setting up of a ginning mill at a cost of ₹6 crore with the loan from TSCAB and DCCB, he stated.

Claiming that the total computerisation of all the 800 Primary Agriculture Cooperative Societies (PACS) in Telangana had ensured transparency and reinforced faith among customers, he said that Telangana State Cooperative Apex Bank (TSCAB) was also doing well on all parameters. Presently, they are on a mission mode to convert PACS into MACS (multi-service providers) with the support of NABARD and lower interest rate. 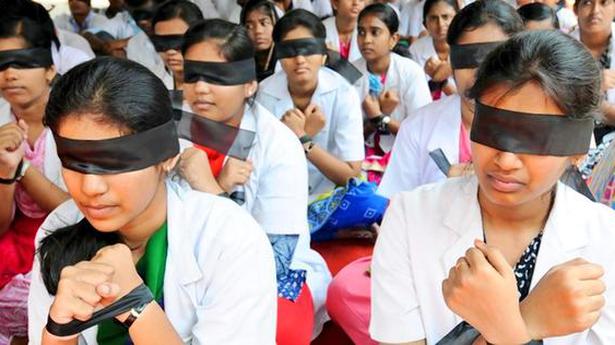 Now, it’s the turn of Kochi voters to elect their representatives