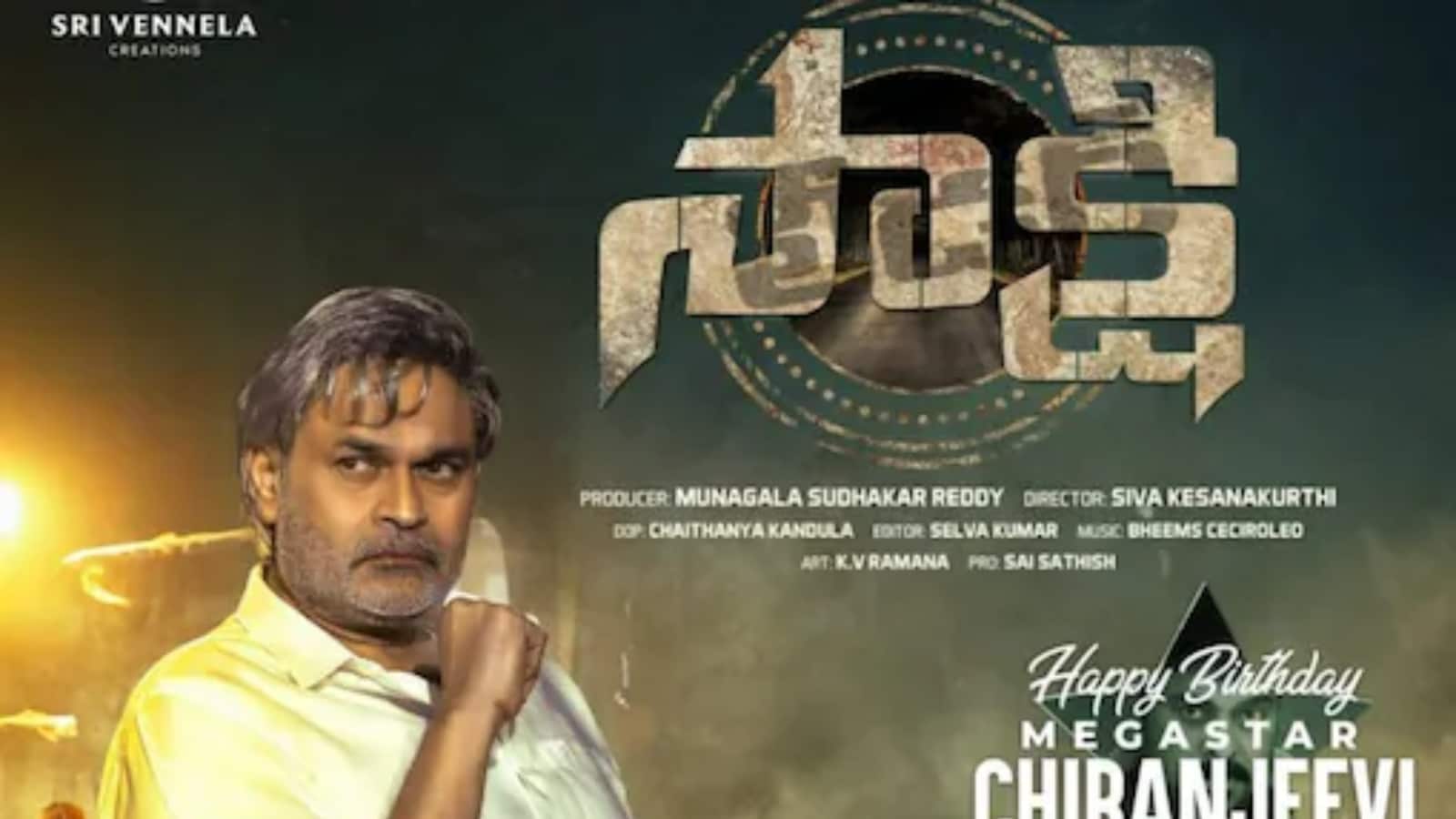 
On Chiranjeevi’s 67th birthday, his actor-brother Naga Babu’s character look from Sakshi has been unveiled. The upcoming entertainer has him playing a negative role. The first look character poster features Mega Brother in a salt-n-pepper look wearing pancha kattu and sitting on a wooden chair. The poster, which received a super response, was released on Monday in the presence of Dil Raju, Bekkam Venu Gopal, and others.

With the first look released by Superstar Krishna, the expectations from the film have increased. On the occasion, producer Munagala Sudhakar Reddy shared the features of the film and said, “My brother is megastar Chiranjeevi. Many thanks to producers Dil Raju, Bekkem Venu Gopal, and Damu for releasing the first look and title logo of Nagababu’s role as a villain in Maa Sakshi on the occasion of his birthday. I am happy that they have come forward for our film. The movie did very well. Saran who comes from Vijaya Nirmala’s family is playing the hero. Jahnavi Kapur is the heroine.”

Along with Naga Babu playing the antagonist, the film is coming with a big star cast featuring Ajay, Indraja, and Amani.

The Siva Kesanakurthi directorial is currently in the post-production phase and stars Sharan Kumar, who hails from the Superstar Krishna-Vijaya Nirmala family, playing the male lead, while, Jahnavi Kapur appears in the female lead.