Telugu Desam Party national president N. Chandrababu Naidu on Saturday alleged that there was no safety and security to the common man in the State under the YSR Congress Party rule.

In a statement, the TDP chief referred to reports of alleged illegal occupation of land belonging to a minority family in Kadapa district by a relative of the Chief Minister Y.S. Jagan Mohan Reddy. He said Mr. Jagan’s relative Tirupal Reddy was said to have “usurped” the land belonging to Akbar Basha.

The TDP president alleged that instead of helping the “victim”, the local CI allegedly threatened him and made him to sit in the police station, while the “land-grabbers’ started cultivating in his land.

Sharing a video showing Akbar Basha’s family members seeking justice from Chief Minister Jagan Mohan Reddy and saying that they would resort to suicide if justice was not meted out to them in the next three days, Mr. Naidu said this specific issue reflected the plight of the common man in the State. He said where would the common man go if they were victimised by people with the tacit support of the ruling party leaders and the police stayed mute spectators.

In a separate statement, party’s general secretary N. Lokesh slammed the CI Konda Reddy for “threatening the victim with an encounter if he tried to speak publicly about the land issue.”

He said it was unfortunate that Dalits and Minorities were at the receiving end of the brute force of the law and enforcement department personnel who had been “working at the behest of the YSRCP leaders.” 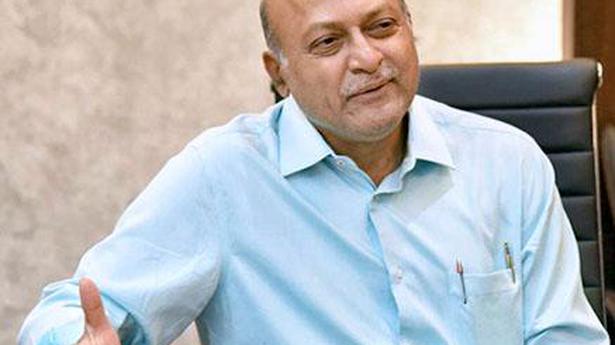 Vizag Metro Rail project to be completed by 2028