Many of the members of the community will be voting for the first time this year, the RDO who helped them get the cards said

Thirty-two year-old Samy, from the Narikurava community living in Adigathur in Tiruvallur district, will be casting his vote for the first time in the upcoming assembly elections. The Revenue District Officer (RDO), Tiruvallur, has helped members of his community get voter identity cards, and has also created awareness among them about the importance of casting their vote.

There are over 65 Narikuravar families living in Adigathur village in Tiruvallur district. “I didn’t know if I could vote. There are many elderly members of our community who have not cast their vote due to lack of awareness,” said Mr. Samy.

The Tiruvallur RDO N. Preethi Parkavi identified 20 members from Narikurava community, 20 from the Irular community and 20 from the Arundathiyar community who do not have voter identity cards and helped them get the cards within a week. “All are first-time voters and no one in their generation has voted before. They are completely unaware about the conduct of elections and that they have the right to vote,” said Ms. Parkavi. She visited the village on Saturday and explained the voting process to them.

The RDO and her team collected their identity proof and photographs and uploaded them on the election commission website. “They can vote with the slip itself as their names have been added to the electoral roll, but my team spoke to the Chief Election Commission office and got a link for 50 people and got the Voter ID card printed for them. Seeing the card, they became very happy and were willing to vote,” she added.

In a move to remind them to vote, the RDO also provided saplings and made them plant it. “Seeing it, they will be reminded to vote,” added Ms. Parkavi. ‘Congress did not allow debate on anti-cow slaughter Bill’

New mining policy for Karnataka on the anvil, says Minister 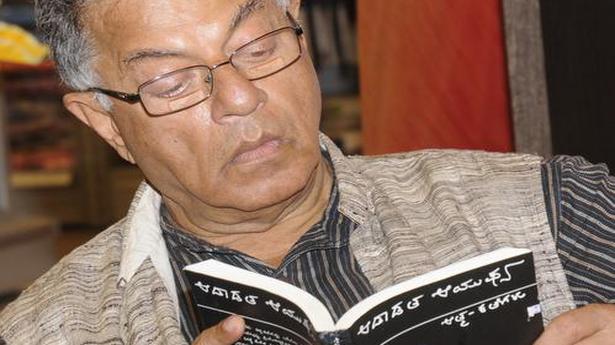 Girish Karnad memoir in English to be out in May