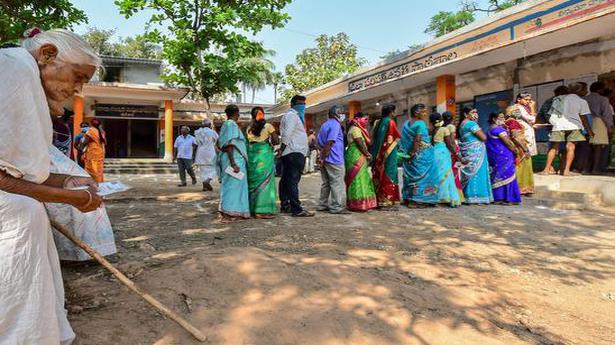 
The second phase of gram panchayat elections being held in 10 mandals of Narsipatnam revenue division recorded 84.03% polling in Visakhapatnam district on Saturday.

This was a shade lower than the polling percentage in Anakapalle, which recorded 84.23%. The first phase of gram panchayat elections was held in Anakapalle revenue division on February 9.

The polling in Narsipatnam revenue division has been peaceful in all 239 gram panchayats, said Superintendent of Police B. Krishna Rao.

A large number of people, including senior citizens and women, were seen actively coming forward to cast their vote, since early morning.

Police have arranged queue lines at polling centres, by maintaining social distancing norms, for the voters.

The least polling percentage was recorded at Payakraopeta with 77.23%.

According to Narsipatnam Sub-Collector and Deputy District Election Authority N. Mourya, out of 261 sarpanch posts, 22 have been unanimously elected. As many as 581 sarpanch candidates are in fray for 239 posts. Meanwhile, 4,641 ward member candidates are contesting for 2,184 posts.

Out of 261 gram panchayats, 80 were categorised as sensitive and 88 as hypersensitive.

Around 1,800 police personnel were deployed to Narsipatnam revenue division for the polls. 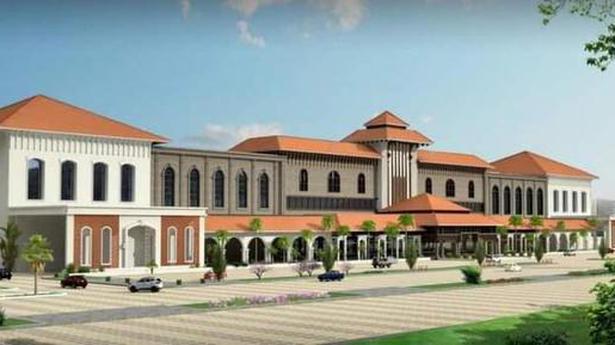 Redevelopment of Ernakulam Jn. station gets a boost 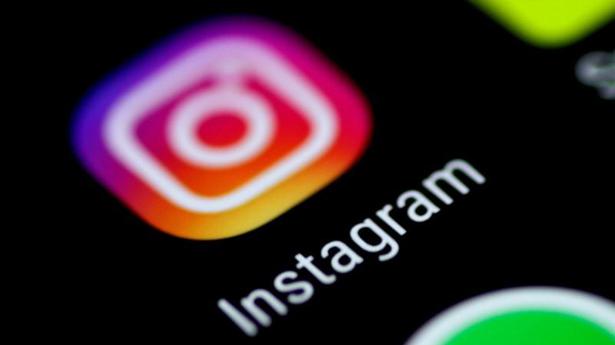