‘Gau Raksha’ activist K. Shivakumar, who is also a member of the Tirumala Tirupati Devasthanams (TTD) Trust Board, has announced that he would take out a Padayatra in Tirupati, with an appeal to the Centre to declare the cow as national animal.

This will be his second such walkathon for the cause. Mr. Shivakumar reached Tirupati after completing a ‘Go Maha Padayatra’ with hundreds of cow activists from Hyderabad to Yadadri temple in Telangana from November 5 to 7.

On arrival at the Sri Padmavathi Go Seva Sadan at Tiruchanur on Sunday, Mr. Shivakumar offered prayers to cows and held a meeting with cow activists and members of various Hindu associations.

Later, he announced that the second ‘padayatra’ would be launched soon from the Sri Padmavathi temple at Tiruchanur to Alipiri, the foot of Tirumala hills. 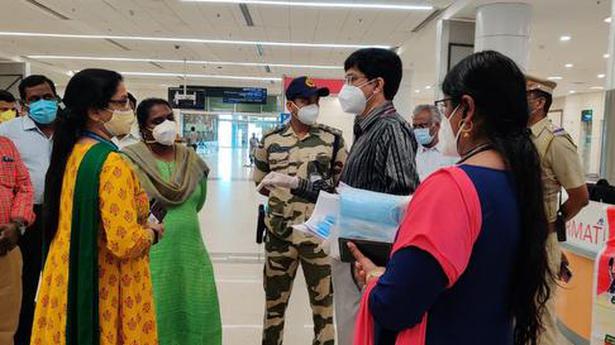 Police action against those who do not cooperate with public health officers, TN Health Secretary warns