This photo is from Muzaffarnagar. On Friday, Nawazuddin’s divorced wife Alia recorded her statement in the CJM court.

Alia Siddiqui, divorced wife of film star Nawazuddin Siddiqui, arrived in Muzaffarnagar from Delhi on Friday. Here he recorded a statement of 164 in the CJM court. Alia reached the court with the police force. During this, he kept silence on the questions of journalists. Please tell that for the last 6 months, a family dispute is going on between Alia and Nawazuddin Siddiqui. At the time of lockdown, Nawazuddin came to Budhana from Mumbai to his village in Muzaffarnagar due to his mother’s illness and has been living here with his brothers ever since. 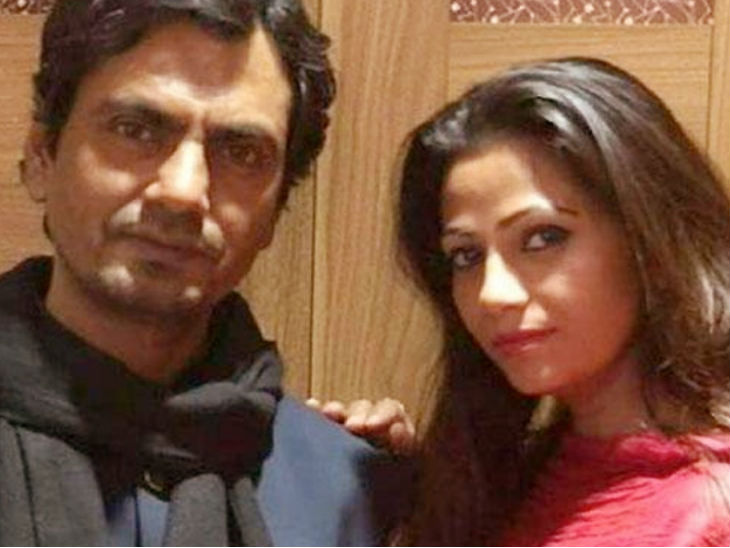 Alia has recorded her 164 statement in court. He has spoken of sexual harassment and mental harassment of his daughter on Nawaz’s brothers as well as of assaulting Nawaz’s brothers and other family members. Advocate Nadeem Saifi, advocate for Nawazuddin Siddiqui, says that Alia had reached the court alone today. His daughter was not with him. While his daughter was to be deposed in court. Alia is blackmailing the Nawazuddin Siddiqui family in the greed of money. All his allegations are baseless.

Kanpur Paint Factory Fire Accident Today Updates; Fire Tenders Were Rushed To The Spot | Panic spread among the flames, fire team arrived one and a half hours late, overcome after three hours of hard work