Pandalam, a municipality in Pathanamthitta that had been at the centre of protests in connection with the women entry issue in Sabarimala, has scripted history with the BJP-led National Democratic Alliance (NDA) single-handedly winning a majority in the council.

Of the total 33 wards in the municipality, the NDA won 18, while the Left Democratic Front (LDF), which had been in power here during the previous term, finished a distant second with nine seats. The UDF, meanwhile, finished with five seats.

In the previous election, the LDF had won 15 seats in the council while the BJP had just seven seats.

The BJP, which commands a strong presence in and around Pandalam, organised a series of protests in connection with the Sabarimala issue in 2018. Besides winning the municipality, the party also retained power in Kulanada, a neighbouring panchayat, by winning eight out of the total 16 seats.

According to the BJP leaders, the Sabarimala issue along with the welfare schemes initiated by the Narendra Modi government dominated the party’s campaign in the region.

Meanwhile, the candidate fielded by the BJP also won from ward 9 of the Perinad panchayat, which comprises the Sabarimala hills. The LDF, however, won the panchayat with nine seats. 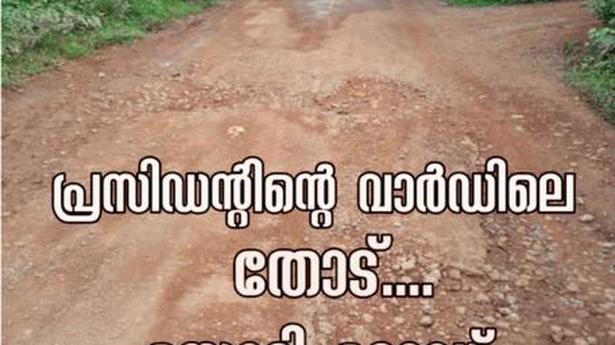 Now, posters do the talking for UDF at Bedadka