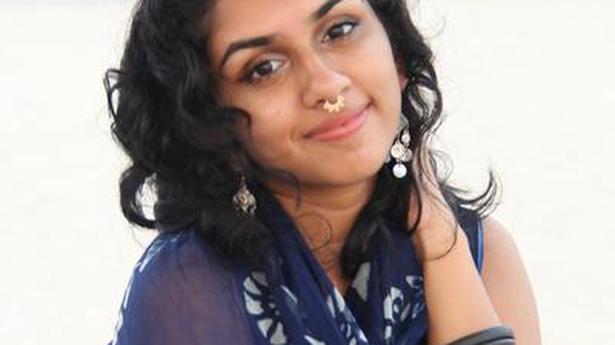 Cats in space, to girls flying to Mars — the award-winning animator’s imagination is as varied as the subjects she tackles. And water scarcity is the latest

As the world slowly began to shut down in early 2020 because of the pandemic, Neeraja Raj’s life was also changing. After almost 14 months of work, her graduate film from the National Film and Television School (NFTS, UK), Meow or Never, was finally complete. A nine-minute, stop-motion comedy inspired by Félicette, the French cat who was sent up to space in 1963, the film follows the adventures of a cat astronaut and an overeager puppy as they travel through space searching for the meaning of life.

In the year since, the short has won the 26-year-old animator and director multiple recognitions around the world, including the BAFTA Student Film Award Shortlist, being one of Women in Animation’s Class of 2020 Best Short Film winners, and bagging the ASIA Silver For Best Technique at the 22nd DigiCon6 Asia Awards. And her first commissioned film, The Girl Who Built a Rocket, is currently playing on British TV as a part of a campaign by the charity, WaterAid.

The 2D animated short follows the story of Fara, a little girl from Madagascar, who dreams of being an astronaut. After she hears a news report about water being detected on Mars, she attempts to fly in a homemade rocket to collect some for her family. “It has all been so overwhelming and exciting,” Raj says over a call from her home in Dubai.

Originally from Kerala, Raj grew up in Jakarta, Indonesia, before moving to Dubai with her family. Her love for animation started when she was just a toddler. “I would watch the classic Disney films on repeat, especially The Little Mermaid. I found it fascinating, how putting several drawings together in sequential order could bring things to life, almost like playing a magician. You can animate anything — chairs, monsters and even plants. It is very freeing to the imagination.”

As Raj grew older, she started drawing her own stories in a little notebook. “By the time I was in Grade 11, I had decided that I wanted to enrol at the National Film and Television School to study animation more seriously.” Before she got in, however, she did her Bachelors from National School of Design in Ahmedabad, besides a six-month internship at Disney India.

While a specially-composed soundtrack of David Bowie’s iconic track Life on Mars? is an integral part of the animation for The Girl Who Built a Rocket, Meow or Never is a musical that features instruments like the tabla and sitar, as a nod to Raj’s Indian heritage. “The production designer used Malayalam scripture in the spaceship’s design and the ‘catstronaut’ is called Pucha, which is Malayalam for cat,” she adds.

Though addressing a very serious concern — scarcity of drinking water — The Girl Who Built a Rocket has the same whimsy as Raj’s student film. They also have space in common. “I didn’t realise it until someone said the title of the second film aloud. It is just a coincidence,” she says with a laugh. The lofty journeys and dreams of her characters’ lives are mirrored in Raj’s ambition. “There aren’t too many Indian women in animation. Also, fans know the names of their favourite live action film directors but not many know the names of the directors who work in animation. I want to change that.” Works estimated at ₹ 2,000 cr. to be taken up in Dakshina Kannada