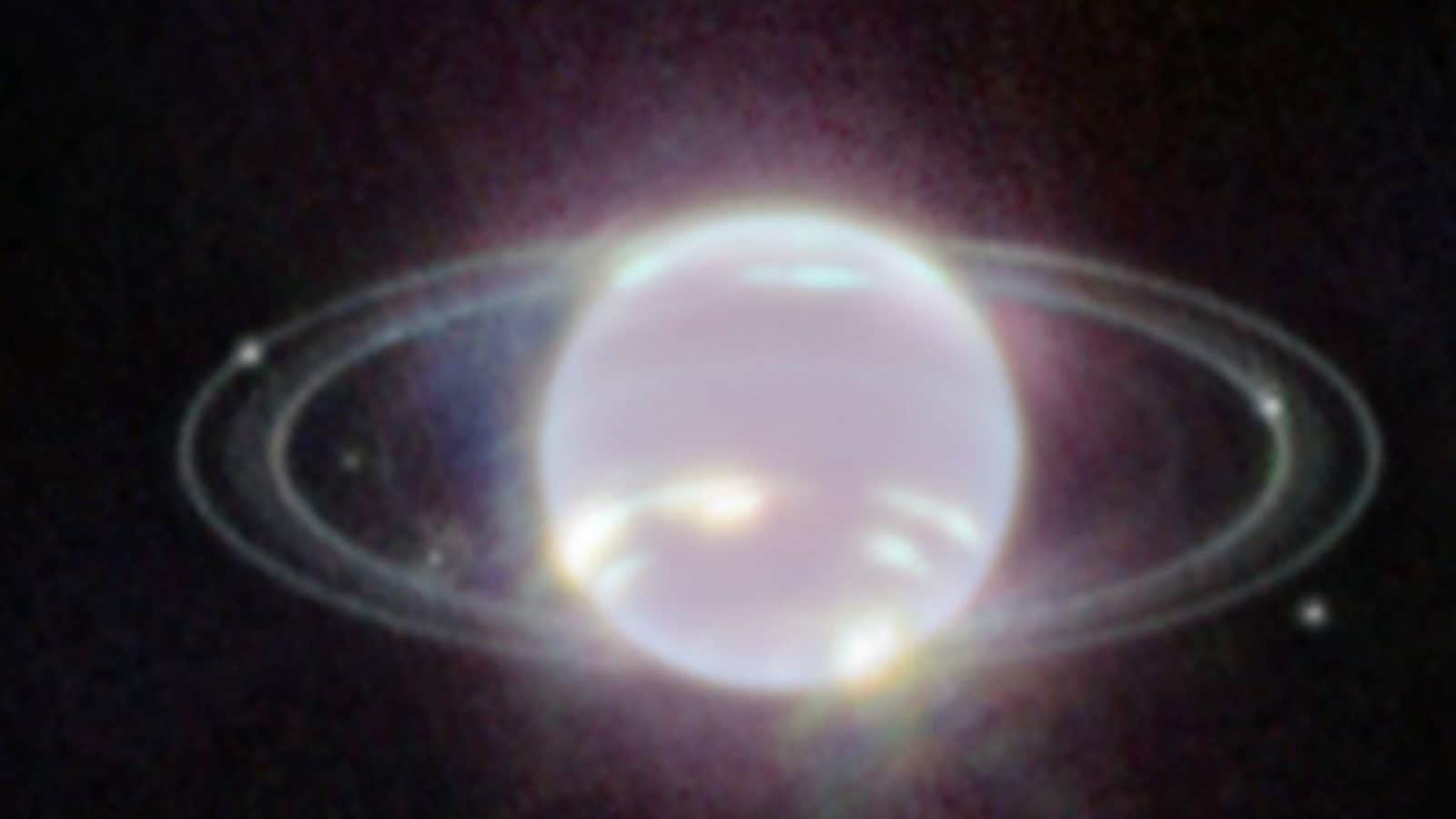 
Neptune is majestic. Neptune has rings. Neptune also had a photoshoot. NASA recently shared the first-ever image of Neptune and its rings captured by the James Webb Space Telescope on its official Instagram handle. It was not only the clearest view of this distant planet’s rings in more than 30 years, but its cameras revealed the ice giant in a completely new light.

Heidi Hammel, a Neptune system expert and interdisciplinary scientist for Webb, in a blog by NASA said, “It has been three decades since we last saw these faint, dusty rings, and this is the first time we’ve seen them in the infrared.” In addition to several bright, narrow rings, the image also clearly highlights Neptune’s fainter dust bands.

“Neptune and Triton can still be seen at the center of the last image, which zooms out to show the big picture. Webb’s powerful infrared vision uncovers scores of background galaxies and stars,” read the caption of the image. Have a look for yourself:

Since its discovery in 1846, Neptune has always fascinated researchers. It is located 30 times farther from the Sun than Earth. Also, its orbits are in the remote, dark region of the outer solar system. At that distance, the Sun is so small and faint that high noon on Neptune is similar to a dim twilight on Earth.

This planet is deemed an ice giant due to the chemical makeup of its interior. Not just this but Neptune is also very rich in elements, which are heavier than hydrogen and helium.

Meanwhile, this comes just a day after the James Webb Space Telescope (JWST), which was launched by NASA in December 2021, captured its first image of Mars. The telescope, a product of an international collaboration involving the European Space Agency and the Canadian Space Agency along with NASA, adds to the available information from orbiters, rovers, and other telescopes by providing a unique standpoint on Mars via its infrared sensitivity.

NASA Webb Telescope’s official Instagram page posted a series of pictures that showed the JWST’s first look at Mars. This included a close-up of Mars that revealed surface details such as craters and dust layers. A heat map of the red planet showing light given off by the planet as it loses heat was also recorded by the telescope. Does Your Child Get Aggressive Frequently? Here’s How You Address The Issue