Non-essential activities will not be permitted on roads between 11 p.m. and 6 a.m.

In view of surging cases of COVID-19 across Pune district, all schools, colleges and private coaching classes will remain shut till February 28. Hotels will close at 11 p.m. instead of at 1 a.m. and no non-essential activities will be permitted on roads between 11 p.m. and 6 a.m.

The decisions were taken following a review meeting between Deputy Chief Minister Ajit Pawar and Pune administration and divisional authorities.

Announcing the new measures, Pune Divisional Commissioner Saurabh Rao said that virus ‘hotspots’ had been identified in the Pune and Pimpri-Chinchwad Municipal Corporations and that micro-containment zones would accordingly be formed to rein in the spread of the contagion.

No more than 200 people will be permitted at wedding functions and political programmes, for which ‘no objection’ certificates must be obtained from the Pune police.

Mr. Rao said the measures were being taken in a bid to prevent strain on the city and district medical infrastructure, as experienced in July-August last year. Pune’s case positivity rate has currently shot up to 10% from a low of 4.5% a fortnight ago, with the district reporting an average 750-800 cases since the past week. 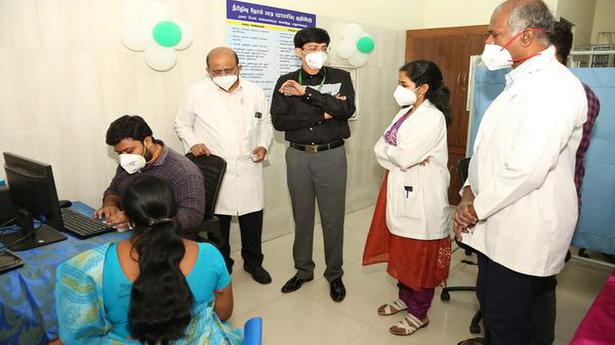 Staff of Stanley hospital get the jab