The recent farm laws brought out by the Union government will hand over agriculture business to a few corporates, Rahul Gandhi, MP, has said. The move will destroy the country’s farming system.

He was addressing a public meet at Muttil in the district on Monday after attending a tractor rally taken out to express solidarity with the ongoing farmers’ protest in Delhi. “The whole world can see the difficulties being faced by our farmers, but the government in Delhi is unable to feel their pain. The Centre will not take back the new laws unless forced. The laws are designed to let two or three friends of Prime Minister Narendra Modi take control of entire agriculture-related business,” he added.

The agriculture business, which fed the country, was owned by 40% of the Indian population. “In Parliament, I had said ‘Hum do humaare do’ (we two and our two). Two people in the government are partnering with two people outside the government. The idea is simple — these four people want to own and control agriculture. Farmers should sell their products directly to these people,” he said.

While the first law destroyed the concept of ‘mandi’ (farmers’ market), the second law was a direct attack to Essential Commodities Act, and would destroy the capacity of farmers to negotiate. The third law prevents the farmers’ legal rights to approach a court regarding the price of their produce, Mr. Gandhi said. “That is why the farmers are continuing their agitation,” he said.

The draft notification of the Ministry of Environment, Forest and Climate Change (MoEFCC), declaring eco-sensitive zones (ESZ) around the Wayanad Wildlife Sanctuary, had left the people of Wayanad worried. The notification should be repealed. He said the State government should mitigate the human-wildlife conflict in the district.

The tractor rally covered a distance of 3 km from Mandad to Muttil. Farmers on nearly 100 tractors, apart from hundreds of farmers and farm workers on foot, took part in the rally. 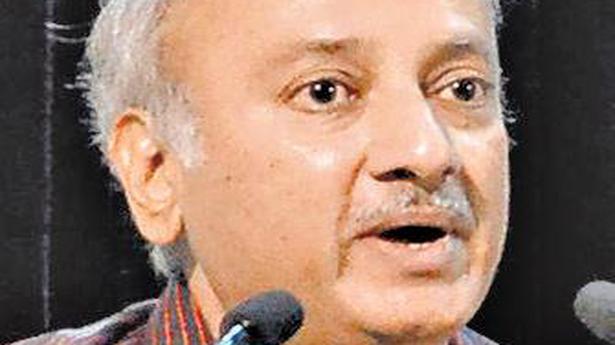