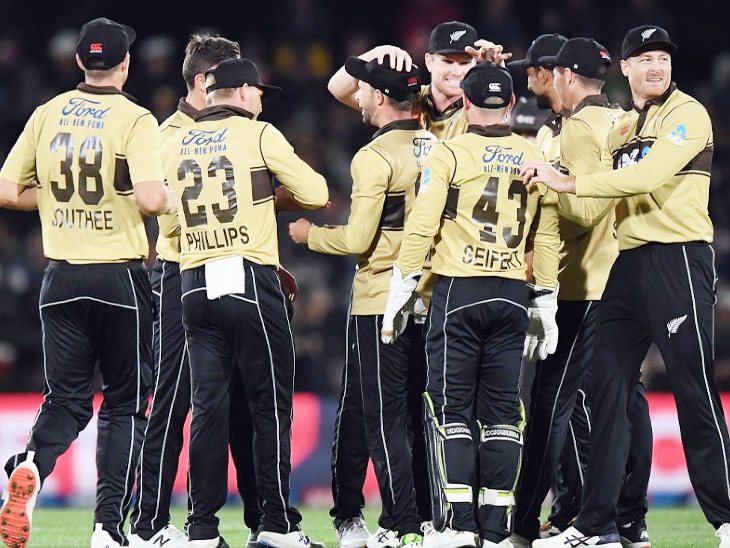 Kiwi players celebrating after winning the first T20. New Zealand have taken a 1-0 lead in the 5-match T20 series. The next match will be played on 25 February.

The Australia team, who went on a tour to New Zealand, suffered a loss in their first match. New Zealand beat them by 53 runs in the first T20 match. Kiwi batsman Devon Conway scored a quick innings of 99 runs (not out) off 59 balls. He was not bought by any team in the IPL auction which took place 4 days ago. He hit 10 fours and 3 sixes during this period.

At the same time, the Australian team could score only 131 runs after chasing 185 runs. All-rounder Glenn Maxwell managed only 1 run. He was bought by Royal Challengers Bangalore in the IPL auction for 14.25 crores. With this victory, New Zealand took a 1-0 lead in the 5-match T20 series. The next match will be played on 25 February.

2-2 wickets to Sams and Jay Richardson
Conway, along with all-rounder Jimmy Neesham, added 47 runs for the fifth wicket to take the team to 184 runs. Neesham was dismissed for 26 runs. For Australia, Daniel Symes and Jay Richardson took 2–2 wickets. At the same time, Marcus Stoinis got 1 wicket.

BBL Player of the Tournament Philip dismissed for 2 runs
The Australian team’s 4 wickets fell for 19 runs after chasing the target of 185 runs. Captain Aaron Finch (1), Josh Phillip (2), Matthew Wade (12) and Maxwell could do little more and quickly returned to the pavilion. Philip was the Player of the Tournament in Australia’s domestic Big Bash T20 league. Stoinis and Mitchell Marsh shared a 37-run partnership for the fifth wicket. Stoinis scored 8 runs and was dismissed by spinner Ish Sodhi.

Marsh scored the highest 45 runs for Australia
Marsh shared a 42-run partnership for the sixth wicket with Aston Agar. Marsh was dismissed for 45 off 33 balls. He hit 5 fours and 2 sixes during this period. After that Australia lost 3 wickets within 10 runs and the defeat was almost confirmed. Agar 26 runs, Sam’s 1 runs, Kane Richardson 5 runs out.

Conway received player of the match award
Mitchell Santner dismissed Jay Richardson to end the Australian innings for 131 runs. Leg spinner Sodhi took the maximum 4 wickets from New Zealand. At the same time, Tim Southee and Trent Boult got 2–2 wickets. Kyle Jameson and Mitchell Sentner got 1–1 wickets. Conway also received the Player of the Match award for his brilliant innings. 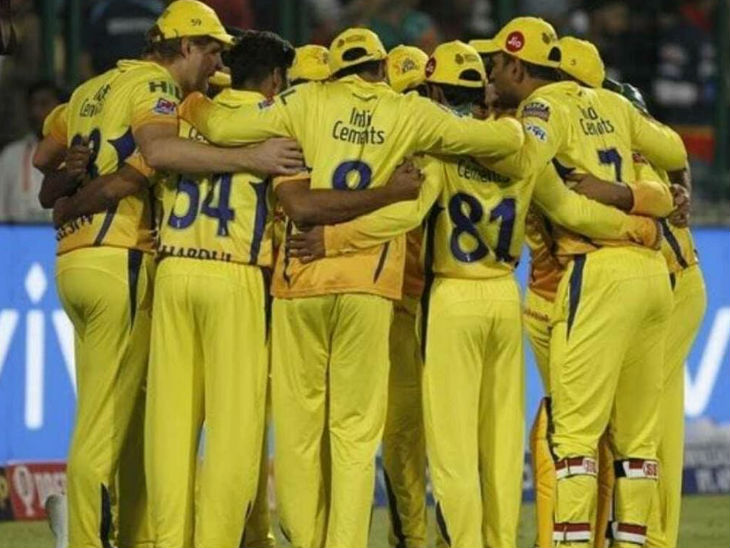 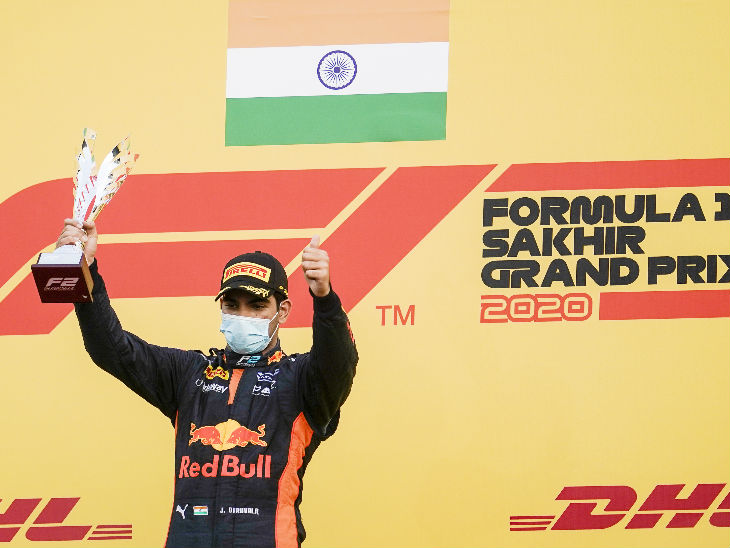 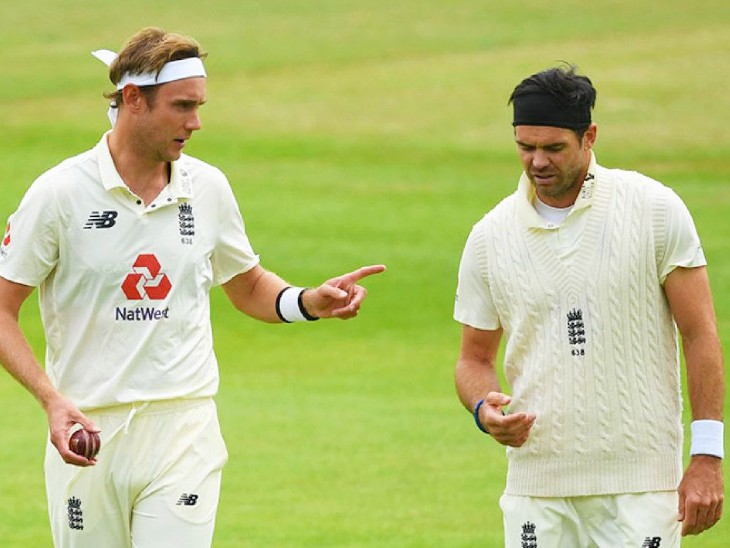 India vs England Test series: Anderson can rest in second match, coach said – Stuart Broad possible to get a chance