A 22-year-old newly married woman was brutally murdered by her husband on a hillock at Kothalankapalli village in Penuballi mandal two days ago.

The accused identified as Nagaseshu Reddy, 30, a private employee, allegedly administered a soft drink laced with sleeping pills to his wife Navya Reddy before strangulating her to death at a secluded place near Kothalankapalli on Wednesday, police said.

Police suspect that he had an “illicit relationship” with a woman of his native Yerrupalem mandal. He allegedly committed the gruesome murder to get rid of his wife, police sources added.

It is suspected that he married Navya, a B.Tech second-year student, in December last by “concealing” his “love affair.”.

Nagaseshu Reddy allegedly tried to mislead the parents and the police by projecting the murder as a suicide. He enacted a “drama” soon after strangulating his wife to death by sending a text message to the father of the deceased by using the latter’s mobile phone.

He tried to make his father-in-law believe that his daughter committed suicide worried over her backlog exams in the engineering course. In a bid to cover-up the heinous crime, he filed a missing complaint with the Penuballi police on Thursday, sources said.

However, the police acting on CCTV camera footage clinched a breakthrough in the case by recovering the body of Navya abutting a hillock at Kothalankapalli on Friday morning.

The local police arrested Nagaseshu Reddy on Friday afternoon and booked him on charges of murder.

Meanwhile, a young woman, who is believed to be a relative of the accused, was found dead along the railway tracks near Pegallapadu village in Yerrupalem mandal late on Friday afternoon.

The Government railway police recovered the body and initiated a detailed investigation to ascertain her identity and exact cause of her death. 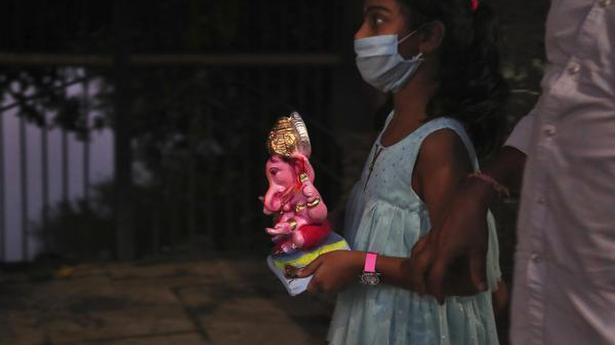 A salon chips away at caste system