General secretary of the National Fishworkers’ Forum (NFF) T. Peter died in Thiruvananthapuram on Thursday. He was 63.

Mr. Peter was under treatment for COVID-19 at the Government Medical College Hospital here. He was admitted to the hospital on October 3, but had developed pneumonia and had been on life support.

A native of Veli in the district, Mr. Peter was known for his untiring efforts aimed at upliftment of the fisher community. Over the past several decades, he was an active participant in numerous struggles on issues impacting the community at the State and national level and environmental issues in general.

A former State president of the Kerala Swatantra Matsya Thozhilali Federation (KSMTF), Mr. Peter was currently serving as editor of Alakal, the mouthpiece of the KSMTF. This was his second term as general secretary of the NFF.

He strived to create awareness among the fishing community as well as the general public on matters pertaining to fisheries, including the annual monsoon season trawling ban and the policies governing the sector.

During the COVID-19 pandemic, Mr. Peter and the NFF were actively involved in training fishermen communities in the maritime States to use online tools to empower themselves in the emerging scenario.

Recently, he was also involved in the struggle to highlight the apprehension of the fisher community in Kerala with regard to the new shipping corridor that passes close to the Kerala coast.

The funeral will be held at the St. Xavier’s Church, Veli. The KSMTF State committee condoled the death. 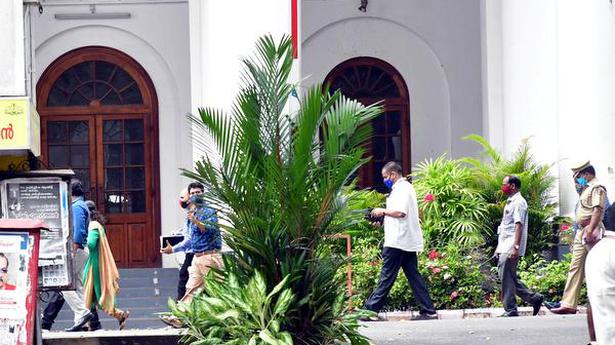