Karnataka
February 17, 2021 Divya Bharat 0 Comments BengaluruThe National Investigation Agency (NIA) on Wednesday filed a chargesheet against 11 terror suspects, in connection with a series of dacoity cases that were reported in Bengaluru in 2018. According to the NIA, reportedly members of the Jamaat-ul-Mujahideen Bangladesh, the accused were raising funds for the JMB.


The National Investigation Agency (NIA) on Wednesday filed a chargesheet against 11 terror suspects, reportedly members of the Jamaat-ul-Mujahideen Bangladesh, in connection with a series of dacoity cases that were reported in Bengaluru in 2018. According to the NIA, the accused were raising funds for the JMB.

In April last year, the NIA had re-registered four cases against the accused for dacoities committed by the JMB members: one each in K.R. Puram and Kothanur and two in Attibele police station limits.

According to the NIA, the main accused, Jahidul Islam, who hails from Bangaldesh, “disclosed” all the hideouts where he and his associates had taken shelter and identified shops from where they had procured material to break into houses and commit acts of dacoity. “Investigation also revealed that Jahidul is the main conspirator and leader of the JMB, involved in promoting the activities of the outfit in India,” said the NIA in a release.

According to NIA officials, he is one of the prime accused in serial blasts in Bangladesh carried out by JMB in 2005 and the main conspirator in the Burdwan and Bodh Gaya blast cases.

“The investigation established the broad network forged by JMB terrorists in India for committing terrorist and subversive activities by procuring arms and explosives, recruiting youth, and conducting training camps,” said the NIA in the release. 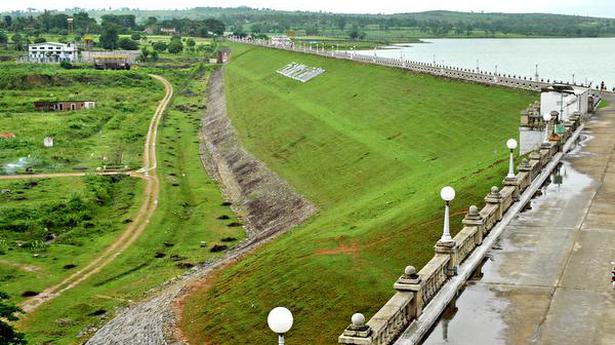 Kabini dam in H.D. Kote may get botanical garden