While I would like to congratulate you for a very positive budget that has hit the nail of the need of the hour with a suitable size of spending-hammer, one of your press conferences that I saw had me thinking.

I saw that when a lady reporter sought answers to two questions instead of one that was permitted, the man-in-charge of the press conference disallowed it. It prompted you to jokingly point out that he allowed the guys to ask two questions!

As a great fan of concept of there being a subconscious-base to all human phenomenon, I watched the episode unfold with great anticipation and was initially happy to see that she was a confident lady who did ask two questions. But as fate, sorry men must have it, she did not get justice as her second question was ignored and she was cut off!

While the lady reporter went home with her one question unanswered, the episode has forced me to ask you one more question.

As you have decided to (rightfully) invest heavily in infrastructure in your budget, you must have studied the sector in detail, so I have one curious question. Have you ever wondered why there are no women AA + contractors in the infrastructure construction space?

There is no doubt that we are now seeing women everywhere.

Our daughters can become surgeons, taxi-drivers, boxers, finance ministers, models promoting fairness cream in a brown nation, space scientists at ISRO and even join armed forces in combat role that were once considered the final frontier.

I must admit that infra-sector is also well-penetrated by the women.

Any infrastructure construction site we walk into during the working hours will have women ferrying bricks and lifting heavy loads while tending to the kids; and if we walk in the labor colony in post-working hours the same women will now be cooking and washing while men will be busy watching “dance video” of another set of scantily-clad women on their mobiles thanks to cheap internet.

So, there is no allegation that I can make about infra-sector being out of bound for women, but for one small lacuna.

I have spent almost thirty years in the close contact of infrastructure and construction industry and I am yet to meet even one civil contractor of even SME scale who is a woman!

Isn’t it a bit curious that an Indian woman can risk flying combat aircrafts in enemy territory or be in charge of the budget of a 2.5 trillion-dollar economy, but she can’t risk being a contractor!

The reason Ma’am holds the real key to the ONLY economic reform India needs.

We have no women contractors because India is absolutely lawless when it comes to contract enforcement.

As finance minister, it should be no secret for you that even though India has moved up in the ease-of-doing-business rankings to 63rd place now (and hopefully move further up soon), we continue to remain at the very bottom of the cesspool at 163rd place among 190 countries when it comes to enforcement of contract. It makes a really sad reading as the nations placed around our rank are often without even a functioning government that can enforce the rule of law.

It is clear that even if we are a nation that manufactures laws at industrial scale, we have failed to manufacture justice even at handicraft scale.

The net result is, forget women, it is impossible even for any male law-abiding citizen not willing to roll down his sleeves to fight it out on the street for his dues or reach into his pocket to pull out a wad of notes to slide under the table to dare enter into contracting.

While I can see that the well-intending government and ministers like you are bringing massive policy-changes to transform Indian economy from third world to first world, the brutal reality is, without judicial reforms that can ensure timely contract enforcement, there is absolutely no hope for your efforts to yield the results you want.

The revised arbitration law and rules did provide a flicker of hope some time back but now, with courts deciding to have the option to apply their honorable mind at any point of the arbitration process they wish, even that alternative is lost to the quagmire that Indian judicial system is.

So, while I wish you all the very best and our nation with this budget, I request you to apply your mind to the question that really matters.

We now have a lady daring to ask two questions and a female finance minister to table an even more daring budget, so having a female AA + infrastructure contractor is not an impossibility if we understand the importance of having her.

Bihar elections: On the cross-roads again? 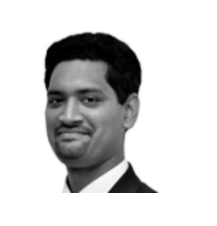 Without a specific law, India will continue denying corporate whistleblowers

Why farmer protests can become a diplomatic nightmare for India