The lack of any announcement on allocations in the Budget for the Visakhapatnam-headquartered South Coast Railway Zone (SCoR), which was announced in Feb. 2019, or any new projects for A.P. has disappointed the people of the State.

The railway zone was announced after nearly two decades of struggles by the people of the region to protest against the injustice done to the Waltair Division over the years. An Officer on Special Duty (OSD) had submitted a Detailed Project Report (DPR) in this regard in September 2019.

People of North Andhra are eagerly awaiting the establishment of the zone as it would also lead to the setting up of a Railway Recruitment Board (RRB). There is also a demand to continue the Waltair Division, with the residual part after merger of one portion with the new Division being created at Rayagada in Odisha. It is felt that the delay in the establishment of the zone would deprive the Waltair Division of its share in development.

New trains, originating from Visakhapatnam, which were announced in the past, have not materialised to this day. Long distance trains are bypassing the main station in Visakhapatnam, which is poised to become the Executive Capital of A.P., causing hardship to the people of the city.

Clear picture yet to come

Railway sources, however, say that it is too early to conclude that no allocations have been made to A.P. or Waltair Division, which is presently under the jurisdiction of Bhubaneswar-headquartered East Coast Railway (ECoR) Zone. They say that allocations, if any, will be known only after the ‘pink book’ is received by the Division in a few days.

Only 28.5% of patientns required hospitalisation 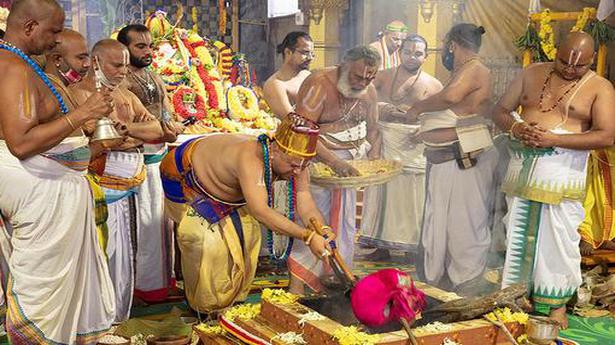 One thought on “No allocation for railway zone a big disappointment”