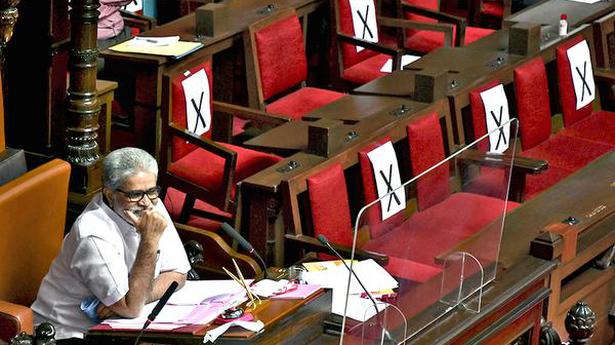 
Members of Bharatiya Janata Party (BJP) tabled a no-confidence motion against Legislative Council Chairman K. Prathapchandra Shetty in the Council on Tuesday. The motion was accepted and Mr. Shetty said a suitable time to take up the debate on the motion would be announced soon.

Sources said that Mr. Shetty was inclined to submit his resignation as soon as the motion was accepted, but reportedly the Congress asked him not to. “We want to expose JDS as the ‘B team’ of BJP on the floor of the House,” a senior Congress MLC said.

Senior BJP MLC Ayanur Manjunath tabled the motion under Rule 165 of Rules of Procedure of Karnataka Legislative Council and Section 183 (c) of the Constitution.

Mr. Shetty said the motion will be accepted if it finds the support of more than 10 members and asked all those who support the motion to stand up.

As all BJP and JD(S) members present in the House stood up, Mr. Shetty said the Council had accepted the motion and a time for debate will be announced.

It can be recalled that Mr. Shetty had rejected the motion that the BJP moved against him in December, 2020. 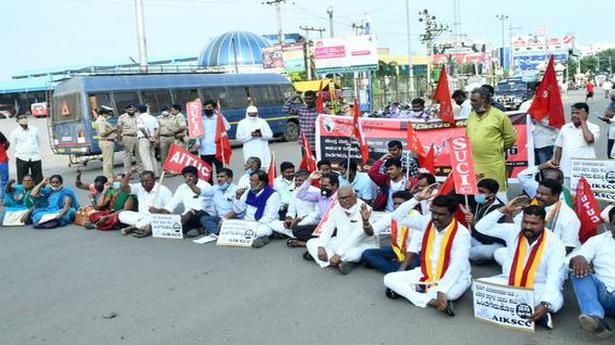 Congress complains to EC on promises made by Yediyurappa