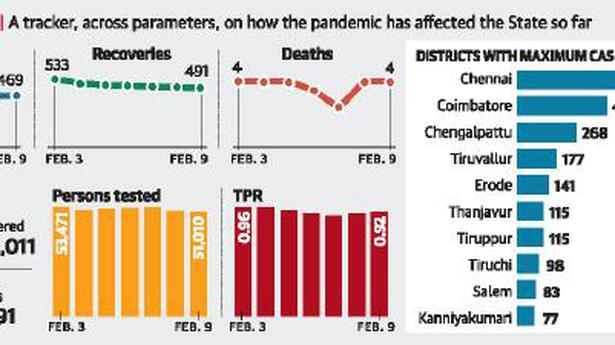 
Three districts — Perambalur, Ramanathapuram and Sivaganga — reported no new case of COVID-19, even as the State added 469 cases to its tally on Tuesday.

A total of 22 districts had fewer than 10 cases each. In Chennai, 139 persons tested positive for the infection, followed by Coimbatore with 53. There were 37 cases in Chengalpattu, 35 in Tiruvallur and 25 in Erode. The State’s tally rose to 8,42,730.

As many as 491 persons were discharged, taking the total figure to 8,26,011. The State reported four more deaths, including two in Chennai and one each in Chengalpattu and Tiruvallur. A total of 12,391 persons have died of the infection so far.

As many as 10,550 persons were vaccinated across the State on Tuesday. A total of 1,85,299 persons have been inoculated till date. 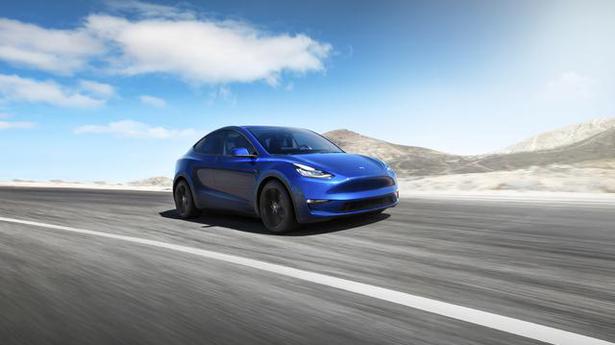