Keeping in view the COVID-19 pandemic and the ongoing night curfew in the State, officials from Simhachalam Devasthanam have cancelled the annual ‘Giri Pradakshana’ of Sri Varaha Lakshmi Narasimha Swamy Temple, which is scheduled to be held on July 23.

This is for the second consecutive time that the annual festival was cancelled due to the COVID-19 pandemic. However, authorities have decided to allow devotees for regular temple darshan on July 23 and 24.

Speaking to reporters, Executive Officer of Simhachalam Devasthanam M.V. Suryakala said that the decision to cancel the annual programme was taken following instructions from the State government. Apart from the 32-km Giri Pradakshana, even the ‘pradakshanas’ on the hilltop were cancelled, she said.

However, the EO added that devotees can have darshan of Sri Varaha Lakshmi Narasimha Swamy on July 23 and 24 by strictly adhering to COVID-19 protocols. The final round of sandalwood paste, to cover the idol of the deity, would be applied on July 24, she said.

Every year, lakhs of devotees from North Andhra and even from Odisha circumambulate the Simhachalam hill range on the auspicious occasion of Aashada Pournami. After around 32 km of trekking from Simhachalam-Arilova-Kailasagiri Road-MVP Colony- Murali Nagar-NAD Junction-Gopalapatnam, devotees return to Simhachalam and walk round the hill to finally offer prayers to the deity. A large number of police personnel are deployed during this annual programme.

Officials from Simhachalam Devasthanam said that devotees will be allowed for darshan of Lord Sri Varaha Lakshmi Narasimha Swamy from 6 a.m. to 3 p.m. on July 24 on the occasion of ‘Aashada Pournami’. Ms. Suryakala said that after 3 p.m., special prayers will be performed to the main deity. After 3 p.m., there will be no entry of devotees to the hilltop.

“Buses will run to the hilltop from early morning. Similarly, ‘Kesa Khandanasala’ and other counters will also be opened from the morning,” she said.

The EO added that from July 22, devotees can book tickets (₹300, ₹100) in advance for ‘Aashada Pournami’ from the ticket counters to avoid rush on the main day. She added that they would increase ‘Prasadam counters’ from four to eight to meet the rush. The EO also informed that the walkway to the temple will be closed on July 23 and 24. 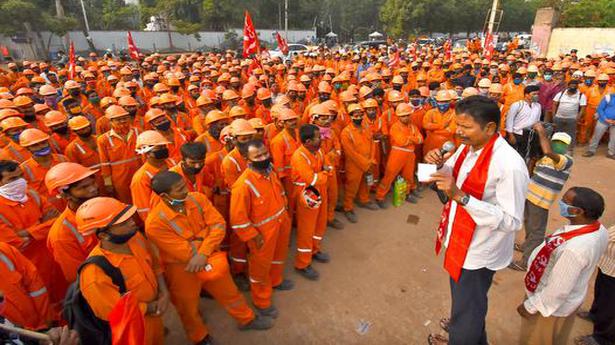 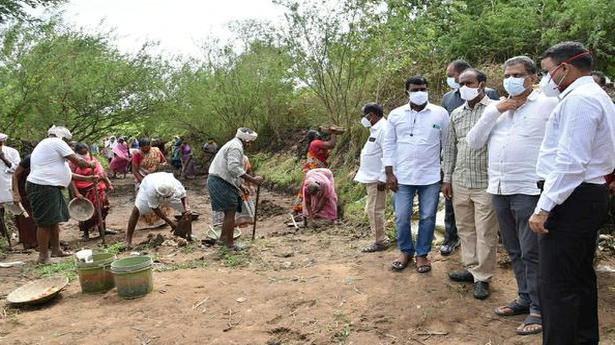