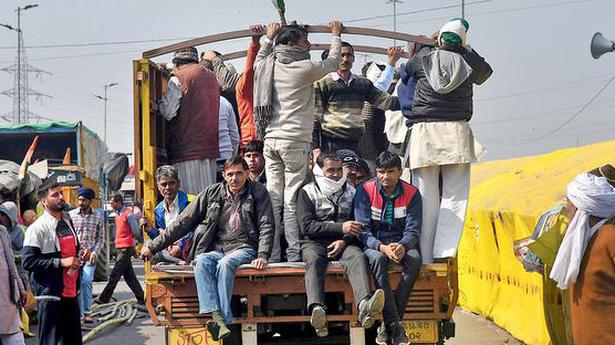 Latest News
February 6, 2021 Divya Bharat 0 Comments asserted protesting farmers, is to demonstrate anger against the government and not to inconvenience the common man, on Saturday, The intention of chakka jam

‘The three-hour peaceful protest is to show their rage against unyielding govt.’

The intention of chakka jam, on Saturday, is to demonstrate anger against the government and not to inconvenience the common man, asserted protesting farmers. The programme is scheduled to start at 12 p.m. and could go on for three hours, but not at the expense of troubling the masses.

Amreek Singh, District Pradhan of Bharat Kisan Union (Jalandhar), protesting at Singhu border said that only national highways will be blocked during the jam and there is no intention to create any hassle for people commuting inside Delhi. “At the borders, protesters will park their trolleys and sit there. But they will make way for ambulances, military cars, marriage processions, and people travelling to airports,” he said.

Protesters said that the time was thoughtfully chosen – 12 p.m. to 3 p.m. in a deliberate attempt to ensure that people are not troubled. “If someone wants to go to work, they can leave in the morning and can return after it is over. If someone wants to enter or leave the city, they can plan accordingly. If we wanted to trouble the public, we would have planned from 8 a.m. to 5 p.m.,” said Mr. Amreek.

Mandeep Singh, member of Bharat Kisan Union (Ludhiana), said that all block heads have been sent back home a week before to plan the chakka jam in their respective villages in Punjab. “We have already done it twice in Punjab – in September and October,” he said, adding that volunteers at Singhu will continue to stay and ensure that no untoward incident occurs.

Protesters hope that the locals would support them for three hours and shut their workplaces, just like it was in Punjab.

Mr. Amreek recalled a similar event in Punjab on September 25. A roadside vegetable vendor sat with them on the dharna. “That man earns ₹300 a day to feed his family and even he sat with us,” he said.

Protesters said that there is no intention to spark any problem at link roads inside Delhi. “However, if some miscreants try to create problems to defame us, we can’t say [anything],” said Joginder Singh from Mansa.

Avtar Singh (50) from Moga said that Saturday’s event will be peaceful. “The reason it’s been announced much in advance is that people can plan their travel in advance,” he said.

Sonipat resident Sudhir said they fully support the chakka jam and hope it puts “some pressure” on the government. At the same time, Internet continued to remain suspended at the protest site leading to multiple problems, especially for students taking online classes.

Sukhwinder Singh Barwa from Ropar said that some undergraduate students from Kerala, who were volunteering at the protest site, left on January 29 because of Internet suspension as exams were approaching.

Pavneet Kaur, a Class 11 student from Sangroor, said her school has asked her to return because exams are scheduled for next month and she hasn’t been able to attend classes since Jan. 27. 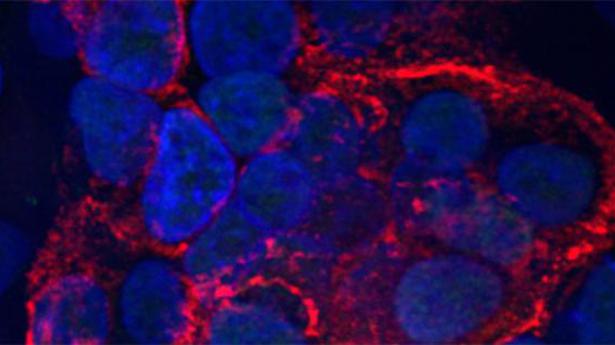 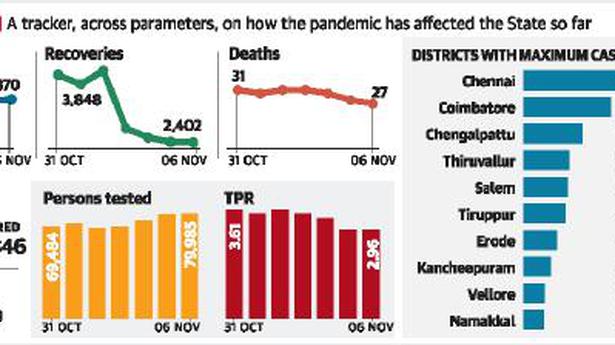 Coronavirus | Tamil Nadu reports under 2,500 virus cases for the fifth day in a row