The court asked the government to file a response in two weeks.

The government on Wednesday denied in the Supreme Court any link between the Char Dham road-widening project in Uttarakhand and the recent flash floods in the Rishi Ganga valley, which claimed many lives and damaged the Tapovan hydro project.

The denial, before a Bench led by Justice Rohinton Nariman, came from the government, represented by Attorney General K.K. Venugopal, in response to a communication from the high-powered committee (HPC) chairperson Ravi Chopra connecting the tragedy with the Char Dham project.

The court asked the government to file a response in two weeks.

The project is under the Supreme Court’s scanner after an NGO, Citizens for Green Doon, raised environmental concerns over the cutting of trees and harm to the fragile Himalayan ecology by the widening of the existing mountain roads. The high-powered committee was formed to be the eyes and ears of the Supreme Court on the project. However, it had not been unanimous in its views.

In January, the government had supported a majority view within the committee favouring the necessity of broadening the Himalayan feeder roads to Indo-China border in order to facilitate troop movement.

The Ministry of Defence, in an affidavit in court, had said it was unfortunate that three of the HPC members gave a minority view to re-consider a December 15, 2020 circular of the Ministry of Road and Transport and Highways, which fixed the carriageway width of the feeder roads at seven metre with a paved shoulder spanning 1.5 metre on either side.

The minority view had said the December 15 circular needed a re-think considering its “long-term impacts on the fragile Himalayan terrain and sensitive ecosystem”.

The Centre, in its affidavit, had said it was “unfortunate” that the HPC members, who were in the minority, had given such an opinion “notwithstanding the security of the country and the need of the defence forces to resist possible external aggression”.

An earlier affidavit of the government had said a double lane road with a width of 7 to 7.5 metre was necessary to meet the Army’s requirement. Heavy trucks carrying troops, equipment and armaments could not be stuck on blocked feeder roads leading to a border which runs to 385 km in Uttarakhand.

It had said that bottlenecks would delay deployment in emergency situations if feeder roads were not developed to requisite standards. The Army had been using these roads post the war with China in 1962.

The affidavit had also referred to a “recent face-off” with Nepal in Lipulekh side in 2020, saying all these sectors were “highly sensitive”. 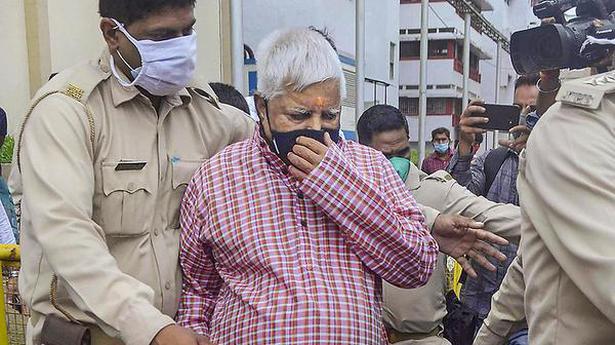 Case against Conservator of Forests