AIADMK co-coordinator and Chief Minister Edappadi K. Palaniswami on Wednesday asserted that no one would be able to split the AIADMK.

When asked about party coordinator and Deputy Chief Minister O. Panneerselvam’s “silence” on the return of V.K. Sasikala, he said, “We are together. No one could create a split in the party.”

Mr. Palaniswami, who interacted with party functionaries at Omalur and reviewed the preparations for the Assembly election, told journalists that the AIADMK and the AMMK were different entities.

When asked why he was not as fierce in attacking Ms. Sasikala in his campaign speeches as he was with her nephew and AMMK leader T.T.V. Dhinakaran, he said Mr. Dhinakaran was the one who tried to topple the AIADMK government and split it by poaching 18 MLAs. “Then, he started his own party, the AMMK. That is why he is being criticised,” he said. Accusing the AMMK of trying to poke its nose (into the matters of the AIADMK), he said it would never succeed.

On the removal of AIADMK functionaries who supported Ms. Sasikala, the Chief Minister said, “As in all other political parties, action would be taken against those who act against the party.” As for the attachment of properties of Ms. Sasikala’s relatives and co-convicts in the disproportionate assets case, he said the action was being taken based on judicial directions.

On the possibility of meeting the PMK’s demand for exclusive reservation for the Vanniyars, he said right action would be taken at the right time as per the prevailing situation.

As for DMK leader M.K. Stalin’s announcement that special courts would be set up to try corruption cases, he pointed out such a court was functioning at the direction of the Supreme Court. “Even 13 former DMK Ministers are facing trial now,” he said.

On Mr. Stalin’s claim that he had had close interactions with Prime Minister Narendra Modi, Mr. Palaniswami questioned what the DMK had attained for the State through its relationship with the Centre in the past.

Talks were under way with Revenue officials, who had called an indefinite strike, he said. 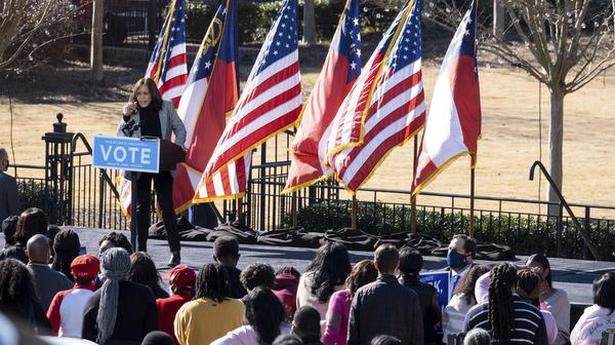 When a deluge brought together a band of volunteers A museum on water management, inside a digital box