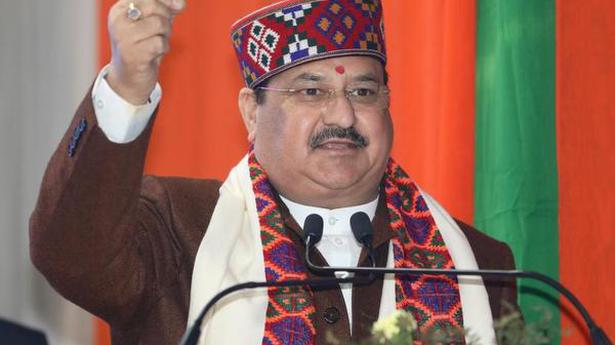 “We are a mass, cadre-based organisation with the world’s most accepted personality Narender Modi belonging to the BJP and this is our strength,” the BJP president said.

Almost all political parties in the country are family-based with none of them matching the BJP’s strength having over 18 crore countrymen, including the world’s most accepted leader Narendra Modi, as its members, party’s president J P Nadda said in Dharamshala on Thursday.

“It is not easy to create a membership of over 18 crore people. No other political party has the power to reach even near this number,” said Mr. Nadda, addressing his party working committee meeting.

“We are a mass, cadre-based organisation with the world’s most accepted personality Narender Modi belonging to the BJP and this is our strength,” Mr. Nadda said.

“So there is no exaggeration when we say there is no match to the BJP,” he added.” “We are lucky that we are the members of a right party, pursuing cultural nationalism with collective efforts and undergoing scientific growth,” he added.

Mr. Nadda told the working committee members that the BJP’s strength is “our unity and we should regularly make self-assessment for our own growth in the party”.

Talking of the BJP’s economic model “antyodaya”, Mr. Nadda said “it is based on the party’s philosophy of “sabka saath, sabka vikas, sabka vishvas (the company of all, growth of all and trust of all)” and these three elements are ingrained in all schemes of the government.” Talking of Himachal Pradesh’s contribution to the organisational structure of the BJP, Mr. Nadda said the party owes its booth-based structural model of “Panna Pramukh” to the State and, accordingly, Himachal should go in for the Panna committees model by 2022.

He said the BJP will soon have its own offices in every district of the country.

Speaking on the occasion, party’s State in-charge Avinash Rai Khanna echoed Mr. Nadda’s views saying the BJP is a political party with a difference, enabling even a tea seller to become the Prime Minister of the country.

He said in Narendra Modi, for the first time the country is having a Prime Minister who calls himself the “sevak” (servant) of the country and who has ended the VIP culture.

He said the country is on a consistent growth path since 2014 when the BJP assumed power in the Centre and there have been no scam in the last six years, unlike the Congress’ tenure, marred by a culture of looting the country. 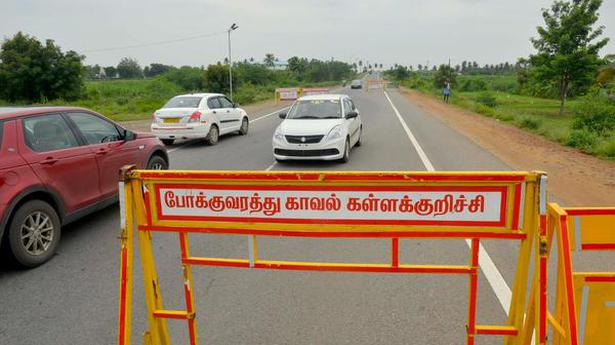 Misnomer to campaign that fuel prices are at all-time high: Dharmendra Pradhan