Ahead of the proposed indefinite agitation planned by the ruling Congress and other constituents of the Secular Democratic Alliance in front of Raj Nivas from January 8, District Collector Purva Garg on Wednesday issued an order stating that political gatherings without the permission of the Office of the District Magistrate would be considered unlawful.

No protests, demonstrations, agitations or rallies should be conducted without prior permission from the District Magistrate. Further, to ensure that there is no obstruction to the regular functioning of the government, protests would not be allowed within 500m of Raj Nivas, Legislative Assembly, Camp Office-cum-residence of Chief Minister, Ministers, Chief Secretariat, Police Headquarters and designated COVID hospitals, the order said.

Any violation of the order would invite punishment under the Provisions of Disaster Management Act, 2005 and Epidemic Act, 1897, besides under Section 188 of IPC and other relevant provisions, the Collector said in the order.

In a joint media briefing at the police headquarters by the District Collector and Director General of Police Balaji Srivastava, she said the order was issued with a view to prevent disturbance to public tranquility and personal safety of people.

The order also cited violations of COVID-19 norms by various sections, including political parties, in the conduct of gatherings, after lockdown rules were relaxed.

She said political party leaders were onboard on the proposed agitations. A revised proposal has come seeking permission to hold the protest at Anna Thidal. The District Administration was examining the proposal, she added.

Quoting the Supreme Court order, the Director General of Police said the right to protest is a fundamental right subject to public order. The restrictions are imposed considering breach of peace and threat to personal safety of people, he said.

“We are already stretched out, so to assist the territorial police, three companies of Central forces have reached, ” he said. The Union Territory was known for its peaceful environment and the trend needed to be maintained, he added.

Unmasked, reflections on the pandemic and life 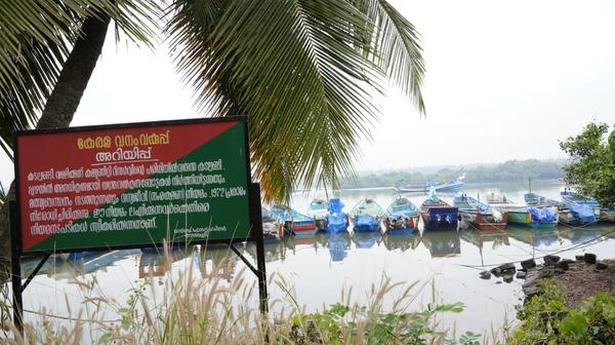