I’ve not behaved unconstitutionally or in partisan fashion by adjourning House: Prathapchandra Shetty

Dismissing the charge by ruling BJP members that he had behaved in an “unconstitutional” manner by adjourning the winter session of the House sine die on Thursday, Karnataka Legislative Council chairman K. Prathapchandra Shetty said that several members, particularly 25 elected members from the local bodies’ constituencies, wanted the House adjourned to spend time campaigning for the gram panchayat elections scheduled for December 22 and 27.

Speaking to The Hindu, Mr. Shetty said all Bills that had been introduced in the Council had been passed. There was no listed agenda on the government’s side for continuing the session and hence, the House was adjourned on December 10.

The Business Advisory Committee (BAC) had not come to a decision on the adjournment of the House on December 10. Since the Legislative Assembly had already taken a decision to adjourn the House before the scheduled days, many MLCs had suggested adjournment, Mr. Shetty said. In a petition to Governor Vajubhai R. Vala on Friday, the BJP members alleged that “some vested interests were trying to adjourn the Council sine die on December 10” and that the intention of adjourning prematurely was expressed in the BAC meeting held on December 9 by the Opposition members.

The petition further said that in the BAC meeting, the representatives of the government (Law Minister, Deputy Chief Minister, and Transport Minister) had clearly indicated that many crucial Bills, which are going to be passed in the Assembly, have to be brought to the Council and therefore, requested the chairman to continue the House till December 15 as scheduled, but was turned down by him “without assigning any reasons”.

Mr. Shetty, four-time MLA, three-time MLC, and Council chairman since December 12, 2018, said he would chair the session on Tuesday as per the government’s instructions. However, he clarified that the Governor had not given directions to hold the session, he added.

He pointed out that the BJP members had declined to introduce the Karnataka Prevention of Slaughter and Preservation of Cattle Bill, 2020, which was on the agenda on Thursday, and said they would table it the next day.

The BJP, in its petition to the Governor, had also said: “In our view, the chairman does not enjoy the majority of the House and it is unacceptable that without the majority he wants to continue as the chairman till next session.”

Mr. Shetty argued that he had rejected the BJP’s notice on no-confidence motion against him since there were no specific charges in the notice. “Issue of no-confidence motion is a closed chapter,” he said. “I have discharged my duties impartially for the last two years.” He dismissed the ruling party’s charge that he had acted in a partisan fashion.

Since the notice on the no-confidence motion has already been rejected, there was no question of taking it up again on Tuesday, Mr. Shetty clarified. 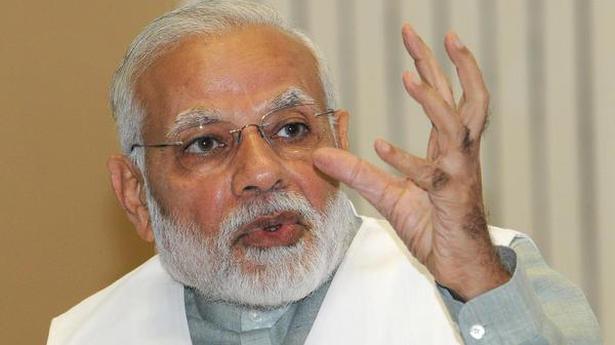