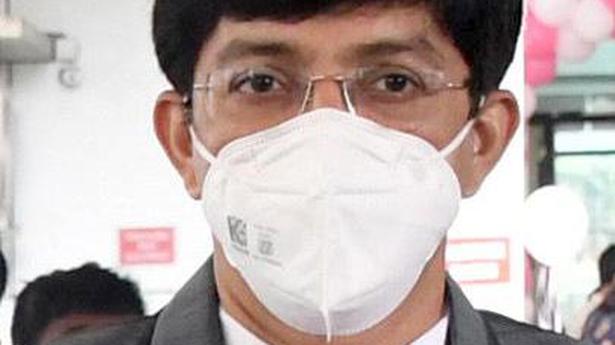 Marriages, family functions and travel a cause for concern, he says in communication to officials

As fresh infections fell under 500 for the first time in eight months on Thursday, Health Secretary J. Radhakrishnan said there should be no room for complacency as COVID-19 clusters from marriages, family functions and travel had surfaced in some parts of the State.

“We do not want complacency as we still have marriage and function-based clusters in districts such as Coimbatore, Thanjavur and Tiruchi and a cluster due to travel in Tiruvannamalai,” he said. In a communication to Collectors and the Commissioner of the Greater Chennai Corporation, he said Coimbatore and Chennai and neighbouring districts showed an increase from the previous day’s count, on and off, while the average for the week did not show any major change.

This, he said, might be a pointer to individuals attending functions like marriages, birthdays, political meetings, funerals and closed-door activities in gated communities, contracting the infection and creating localised clusters that could explode if not attended to immediately.

He asked officials to keep monitoring adherence to norms as masks were not being worn in most public places.

Herd immunity concepts had taken a beating after the sudden rise of cases in a city in Brazil, he added.

He urged officials to intensify inter-departmental works, aimed at suppressing transmission of the virus further. “Each of the 500 cases reported in a day has the potential to spread to others if not tracked and treated and the person’s contacts traced,” he said.

He noted that vaccine acceptance levels were poor among health and frontline workers, compared to the number of persons registered.

He asked them to hold district taskforce meetings, review the progress and plan innovatively to increase vaccine acceptance.