Continuing with her attack on Prime Minister Narendra Modi, Congress General Secretary Priyanka Gandhi Vadra said on Monday that nobody has the right to make fun of the farmers’ sacrifices. She said the Prime Minister had broken the trust reposed in him by the people by voting him to power for two successive terms.

She was speaking at a well-attended Kisan Panchayat in Chandpur tehsil of Bijnor. This was the second such panchayat held by the Congress in western Uttar Pradesh in a week.

She underlined the State government’s decision on Monday where it decided to keep the State Advised Price (SAP) of sugarcane unchanged for the current crushing season. “About ₹10,000 crores of payment of sugarcane farmers of U.P. is pending. Across the country, this figure goes up to ₹15,000 crores. The PM has not ensured to pay your dues but has bought two planes worth ₹16,000 crores to travel across the world,” she charged.

She also reminded the audience that ₹20,000 crores were being spent on the beautification programme of the Parliament. “This money could have been used to clear the pending payment of sugarcane farmers,” she said.

Speaking on the farmers’ protest, Ms Vadra said the PM could not distinguish between a “deshbhakt” and a “deshdrohi”. “Only a patriot could peacefully protest for 80 days, facing all sorts of problems, so that he could get what is rightfully belongs to him. You could not recognise them, instead you preferred to make fun of them,” she remarked.

Trying to strike a personal bond, she underlined that she came from a family of martyrs. “Martyrdom is a big thing. It is the family that suffers the most as it lives the pain and nobody has a right to make fun of the martyrdom. I would like to remind Mr. Modi that the farmer who is standing at your door, his son is standing on the border, guarding our freedom.”

She said every worker of the Congress would stand with farmers. Custom-made B777 plane for VVIP travel arrives in India 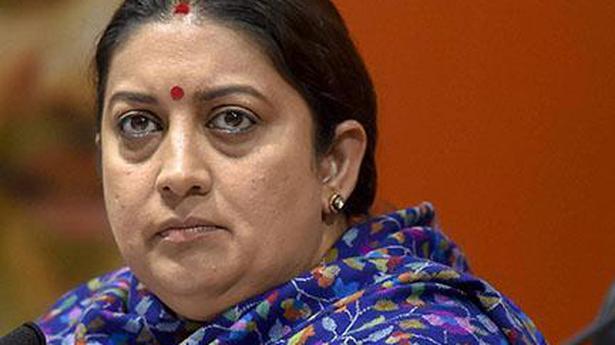