Rajendra Ratnoo, Joint Secretary, Union Ministry of Commerce and Industry, and central nodal officer for Tamil Nadu and Puducherry for COVID-19 response, including vaccination, during a review meeting with officials on Thursday, laid stress on the need for continuous monitoring of adherence to the standard operating procedures (SOP) in places where people gather.

Conducting a review meeting with Health Secretary J. Radhakrishnan, the official appreciated the State for doing well in COVID-19 prevention and control.

He said the State’s strategy of conducting more tests and continuous surveillance had paid off in containment, as there was a decline in infections.

He said Tamil Nadu was a forerunner in terms of controlling cases, as the numbers had come down drastically.

It is reliably learnt that he emphasised the need to continue safety measures as economic activities had resumed. A mechanism should be put in place to monitor the adherence to SOPs in places where people gather, such as function halls, bus stands, railway stations, airports, tourist spots and restaurants. He said the State should not squander the gains it had made.

He highlighted the need to stay cautious as a sense of complacency was setting in among the people.

The officials also discussed the action plan for COVID-19 vaccination. He hoped the State catches up with its action plan on how to further improve the administration of vaccines to those who were willing and eligible, official sources said. As of date, nearly 30% of registered healthcare workers have been vaccinated in the State, and one of the reasons could be that the number of healthcare workers was large in Tamil Nadu, he said.

Director of Public Health and Preventive Medicine T.S. Selvavinayagam was present during the meeting. 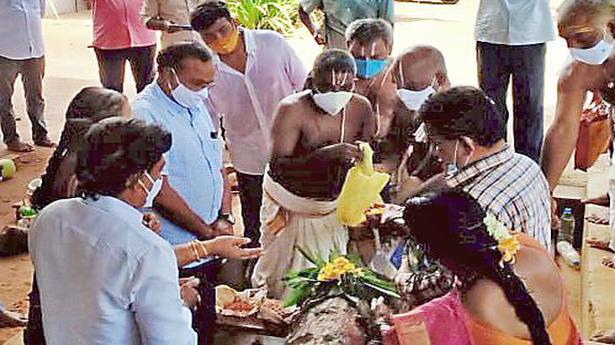 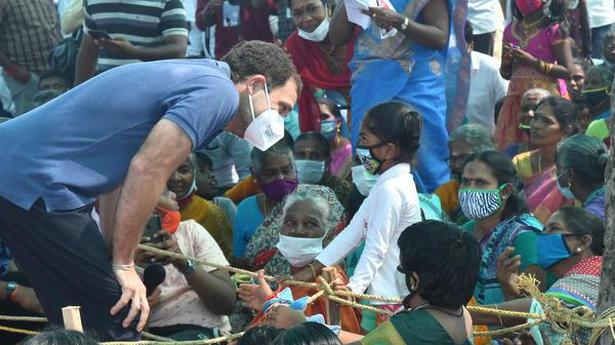 Rahul Gandhi attacks PM Modi, alleges nobody can get justice without fearing consequences

‘Pakistan’s theatrics at the UN pose no challenge for India’