Leaders and supporters of the ruling Telangana Rashtra Samithi turned Nalgonda town pink by making festival-like arrangements to mark its candidate’s nomination for the Warangal-Khammam-Nalgonda Graduates’ constituency on Tuesday.

Sitting TRS MLC for the constituency Palla Rajeshwar Reddy, who retires on March 29 that necessitates the March 14 election, is seeking his re-election.

On Tuesday, scores of TRS supporters from neighbouring mandals reached the town, and Ministers G. Jagadish Reddy, Satyavati Rathod, P. Ajay Kumar, Errabelli Dayakar Rao and others made their presence felt for the nomination-filing event. Along with Mr. Rajeshwar Reddy, they stood atop the campaign vehicle which rolled down the arterial Hyderabad Road and addressed supporters.

Several pink banners and flags, traditional dances by women and rallies buzzed the town on the last day of nomination-filing. Mr. Rajeshwar Reddy asserted confidence about his victory and said that development remained the agenda of the TRS.

Mr. Jagadish Reddy said that the turnout for the rally for nomination-filing had already declared the victory for the TRS candidate. “In the past six years, CM KCR has filled 1.30 lakh government job vacancies. But the Opposition continues to mud-sling,” he said.

According to Tribal Welfare Minister Satyavathi Rathod, “Congress’ Ramulu Naik is a non-local. And Congress has already lost the election, morally.” On BJP, she said the party was obstructing the setting up of a Tribal University in the State, and had also failed to keep its word on Bayyaram steel plant.

Mr. Rajeshwar Reddy walked in along with the ministers and submitted his nomination to Returning Officer and District Collector Prashant J. Patil. 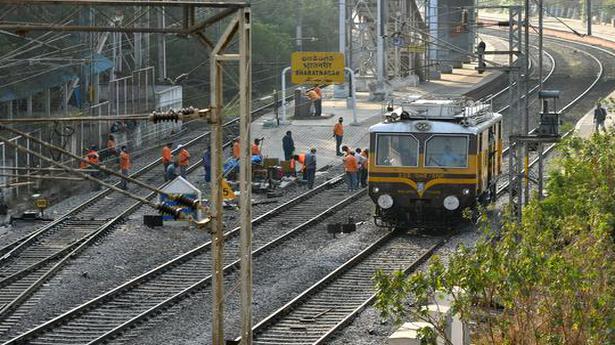 SCR gets ₹ 7,222 crore to focus on infrastructure, safety projects 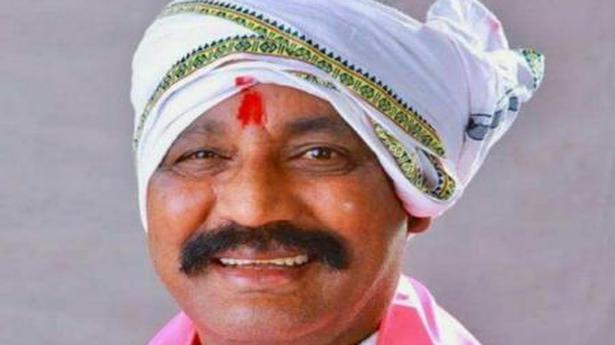