Day-long literary sessions and cultural programmes will mark the eighth Dharwad Taluk Kannada Sahitya Sammelan to be held at Itigatti on the outskirts of Dharwad on Sunday.

President of Dharwad Zilla Kannada Sahity Parishat Lingaraj Angadi told presspersons in Dharwad on Friday that the literary festival will be held at the Government Primary School in Itigatti village of Dharwad taluk. He added that noted writer of children’s literature Ninganna Kunti has been appointed as the sammelan sarvadhyaksa. Prof. Angadi said that the day-long literary festival will begin with the hoisting of Kannada flag at 8.30 a.m. after which the sammelan sarvadhyaksha will be taken in a chariot to the venue in a colourful a procession. Children and writers will be part of the procession, he said.

During the event, focus will be on showcasing folk art forms and various folk troupes will be performing Dollu Kunita, Ashva Mela, Butti Gantu Mela, Karadi Majalu and others will lead the procession preceding the inaugural session, he said.

The one-day literary festival will be inaugurated by Vice-Chancellor of Central University of Karnataka, Kalaburagi, H.M. Maheshwaraiah at 10.30 a.m. and it will be followed by a keynote address by Ninganna Kunti.

A series of books by various writers of the district will be released on the occasion.

Prof. Angadi said that a session on the works of Ninganna Kunti will be held at 12.30 p.m. with Chairman of the Department of Folklore of Karnatak University V.L. Patil in the chair. It will be followed by a special talk on conservation of folk literature and art by Mallayya Totgunti.

A poets meet chaired by writer Chennnappa Angadi will be held in the post-lunch session in which 15 young poets will participate. The valedictory session will be held at 5 p.m. with writer Shrishail Huddar delivering the valedictory address. And, there will be an interaction with the sammelan sarvadhyaksa, he said.

After the valedictory session, there will be a series of cultural programmes from various troupes and individual artistes. 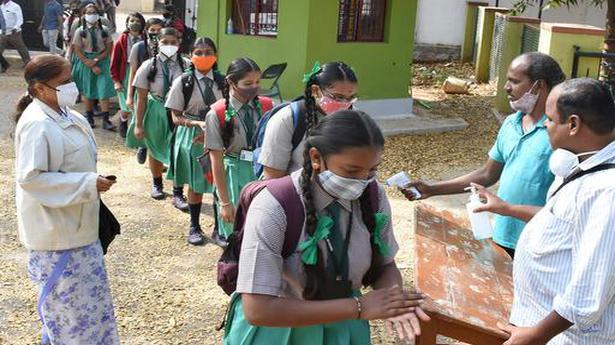 Row over Kannada flag in Belagavi