Law Minister C. Ve. Shanmugam said once the actor started a party and announced its plans, it would then be seen what decision people would take

Law Minister C. Ve. Shanmugam on Friday said that nothing could be said about actor Rajinikanth until he floated a political party.

When his attention was drawn to Mr. Rajinikanth making a move to form a political party, the Minister said that the actor had not yet started a party. “Let him first float the outfit and announce his party’s strategies and plans. What he would do for the people should also be clarified. We will then see what decision the people would take,” he said.

Earlier, Mr. Shanmugam laid the foundation stone for a new taluk office at Thiruvennainallur and handed over financial aid of ₹6 lakh each to three persons who died during Cyclone Nivar, which made landfall between November 25 and 26. 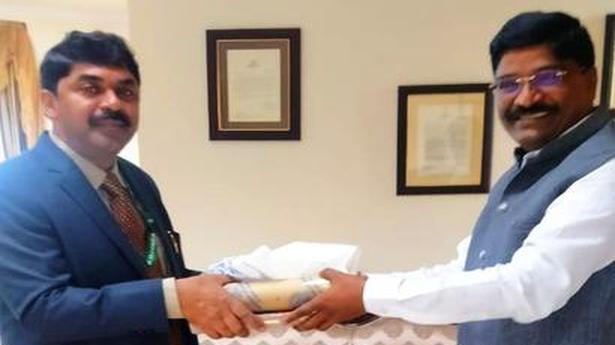 With one more death, COVID-19 toll in Puducherry rises to 636