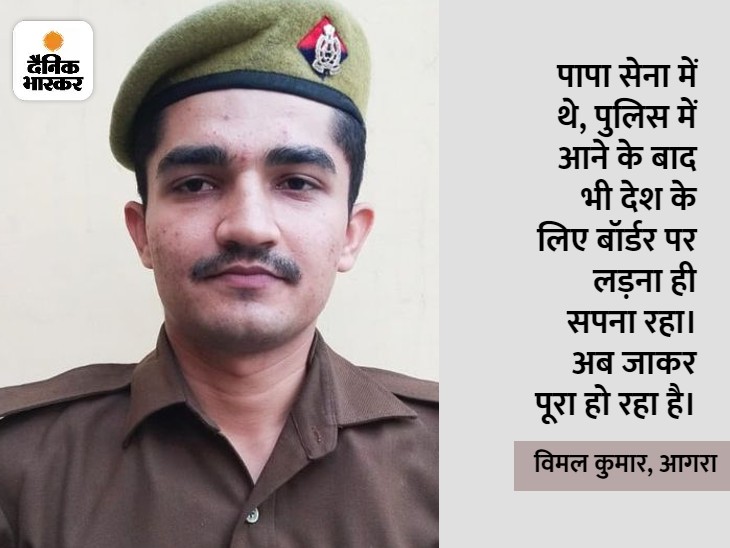 Failed in NDA paper thrice. Didn’t get success twice in CDS paper also. Police had a job. If he wanted, he could have lived a comfortable life by being satisfied with this job. But, Vimal Kumar had the passion to make his dreams come true. Don’t be afraid of failure. He kept motivating himself to pave the way for victory ahead of defeat.
For this, read the biography of 12th failed IPS Manoj Kumar. Now passed the CDS exam on the last chance. Now Vimal Kumar, a constable in the UP Police, will become a lieutenant in the army.
How Vimal Kumar decided this journey, know from Vimal’s words…

Vimal is a resident of Muzaffarnagar

Vimal’s father is retired from the army, so from the beginning he wanted to join the army.

Constable Vimal Kumar posted at Peepal Mandi outpost of Agra’s Chatta police station is originally a resident of Karauda Mahajan village of Muzaffarnagar police station Fugana. In a conversation with Dainik Bhaskar, Vimal Kumar said that he completed his graduation in 2020 from Meerut. My family consists of parents and a younger brother. Papa Dharmendra Kumar was in the army, so seeing him, I wanted to join the army in my childhood. Papa retired from the post of Nayak. Currently serving in the Police Department.

got a job in the police, but wanted to join the army
Vimal Kumar told that seeing the dream of becoming an officer in the army, I started my efforts. When I was in Inter, I filled the NDA form, but I could not qualify till the return. Was a bit disappointed when NDA did not qualify in 2 times, but did not give up. Started preparing to join the army through CDS.

Gave the exam, but luck was not with me. Meanwhile, the selection was done in 2021 for the post of constable in UP Police. Vimal told that at that time he joined the police. However, my love for the army did not diminish. In such a situation, now double responsibility has come on him. The dream had to be fulfilled with the responsibility of the job. Vimal gave the CDS exam once again with the job, but this time also did not get success.

It was the last chance, used to walk with a book in hand
Vimal told that this time I had the last chance to join CDS. In such a situation there was a lot of pressure on him. He worked hard to get success at the last opportunity. He used to carry a book while going on duty. Whenever he got time, he used to read his book. Vimal told that his outpost in-charge and station in-charge always motivated him. After duty, he used to study for two hours before sleeping at night. The result of this is that he has been selected as lieutenant.

SSP increased enthusiasm
SSP Prabhakar Chowdhary and other officers have congratulated Vimal Kumar on his selection for lieutenant. His enthusiasm has increased. 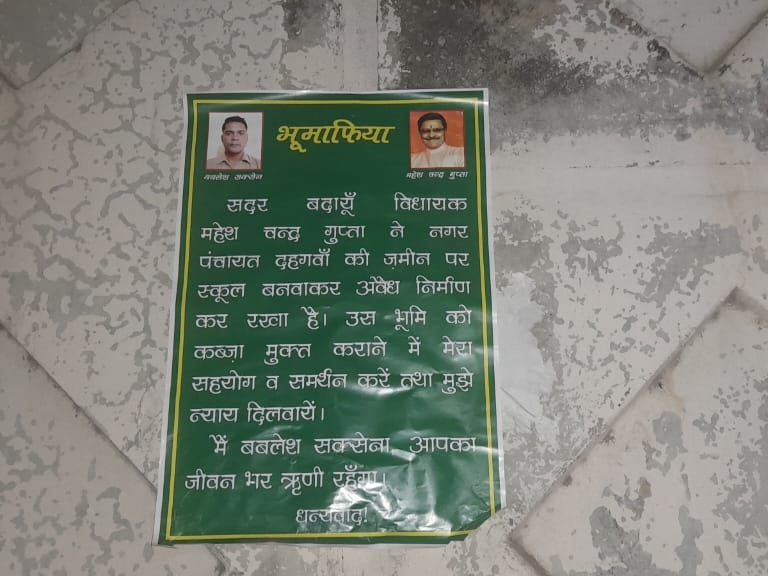 People in wonder, who put up the posters, it could not be confirmed. surprised people,