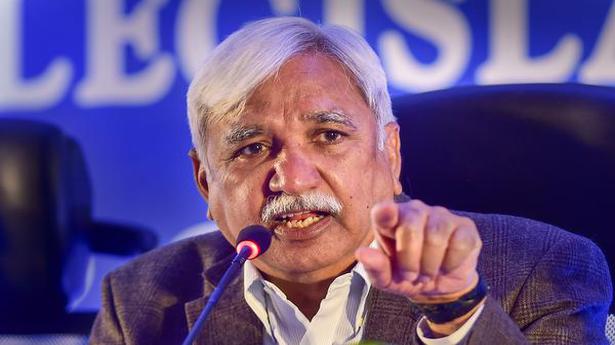 
Ahead of the upcoming Assembly elections in Kerala, Tamil Nadu, Puducherry, West Bengal and Assam, a group of NRIs met the Election Commission requesting for early resolution of the long-standing NRI voting rights issue.

After Chief Election Commissioner Sunil Arora’s meeting with Shamsheer Vayalil, an NRI entrepreneur and the petitioner in the PIL filed before the Supreme Court demanding the rights, the EC on Monday said the “matter is under active and empathic consideration”. It said the panel is in touch with the Ministries of Law & Justice and the External Affairs.

The meeting comes amid reports that the government is planning to implement postal voting rights to the NRIs in non-Gulf countries in the first phase. The EC is planning to extend the Electronically Transmitted Postal Ballot System on a pilot basis in the U.S., Canada, New Zealand, Japan, Australia, Germany, France, and South Africa. But that would mean exclusion of nearly 88 lakh NRIs in the Gulf countries at least for the time being.

“The meeting with Mr. Arora at the EC office was very positive. I hope that the benefit of postal voting for NRIs will be extended as early as possible, preferably this year itself,” he said.

The amendment bill to the Representation of the People Act, 1951 allowing for proxy voting was passed in the Lok Sabha in 2018 but has lapsed since it could not be taken up in the Rajya Sabha. 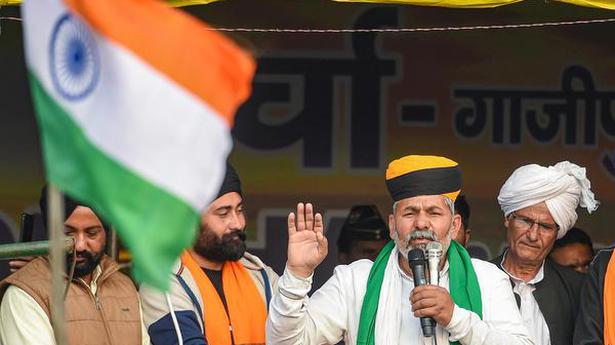 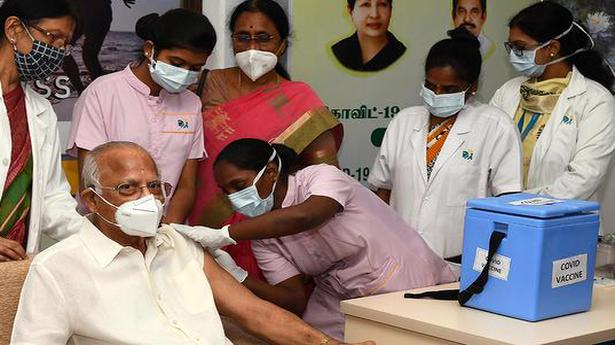 An artwork that depicts pains of pandemic