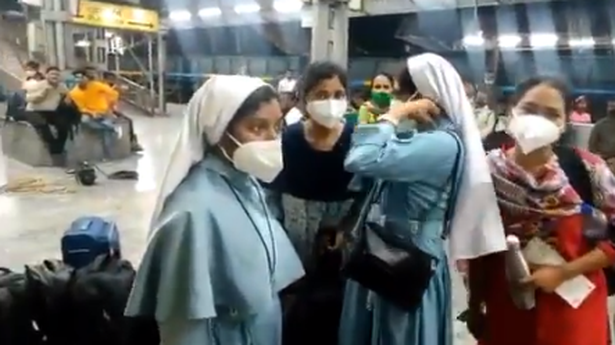 
Two nuns and two trainees travelling along with them on a train were forced to de-board in Uttar Pradesh’s Jhansi railway station and detained briefly for questioning, after ABVP members accused them of illegal conversions.

The four were allowed to resume their journey after an enquiry by railway officials found there was no conversion involved.

The incident happened on March 19. On Wednesday, amid an outrage over the incident, Kerala Chief Minister Pinarayi Vijayan wrote to Union Home Minister Amit Shah that the harassment of the two nuns and two postulants was “shocking”.

Mr. Vijayan demanded that Mr. Shah instruct the authorities concerned to take strict action against “all groups and individuals who disrupt and impair the freedom of individual rights”.

Naeem Khan Mansuri, SP Railway Jhansi, said that the ABVP members were travelling back from a training camp in Rishikesh. The four Christian women were travelling from Nizamuddin in Delhi to Rourkela in Odisha.

Government Railway Police (GRP) Jhansi said that their control room received information on March 19 that some women were being taken on the Utkal Express train for religious conversion. On the basis of this information, the RPF asked them to de-board, and upon investigation by the GRP it turned out that the allegations were false, GRP Jhansi said on Twitter.

Videos from the day showed police and other unidentified persons questioning the nuns and scanning through their Aadhaar cards while they were seated on their berths. The four then get off the train and could be seen heading towards what appeared to be a police station.

The GRP found that the two girls from Odisha were undergoing training in Delhi. The police found baptism certificates of 2003 in their possession.

“This proved that they were Christian by birth. They were not going to be converted,” said Mr. Mansuri.

Mr. Vijayan said in his letter to Mr. Shah that the four were forced to get off the train by the Jhansi police without the presence of women police officials, and though the nuns produced their Aadhaar cards, police claimed they were fake. 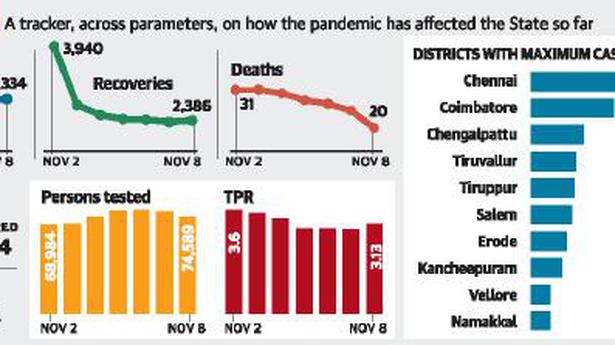