The high officials of the wildlife wing of the forest department, Manipur, wildlife enthusiasts and other activists are worried that several wild boars, kharsa and other animals from the Keibul Lamjao national park might have been trapped inside the 10 hectares of floating bio-mass locally known as phumdi that had drifted from the Loktak lake in Bishnupur district on Saturday night. Forest officials, local volunteers visited some of the lake in country canoes on Sunday.

The floating bio-mass had drifted following heavy rains in the past few weeks. As all rivers deposit the water to the Loktak, the largest fresh water lake in the Northeast the water level of the lake was increased. The Ningthouhong side of the lake where the phumdi is anchored now is near the national park.

Range officer, Sukham Ratan said, “ The floating bio-mass is a part of the national park which is the natural habitat of the brow-antlered deer, the rarest deer in the world. The population of this endangered deer in its natural habitat is less than 300. Since the water weeds are more than 10 ft high the combined team could not see any animals . However we are fairly certain that there must be a big number of wild boar and kharsa in this drifting phumdi”.

Rebecca Soibam, district forest officer who was among the combined team said, “We are inspecting the bio-mass by rowing in 6 country canoes. As we are certain that some wild animals must be in this phumdi we appeal to all sections of the people to extend all possible helps in rescuing these wild animals. We are hoping that this floating bio-mass will be drifted back again to the main portion of the lake. Because a strong wind had caused drifting of this mass towards the present position”.

She further said that the drifting portion of the floating bio-mass is within the areas where census of the wild animals is done in the national park several animals must be trapped there.

The Manipur government had deployed armed paramilitary personnel in the national park. Since the poachers of all, sorts are armed with guns and other deadly weapons the skeleton staff of the wildlife wing of the forest department could not make their presence felt. An employee said ,”With the help of the personnel we rounded up poachers. Besides some persons have been making a comfortable living by catching the migratory birds. However the personnel were withdrawn on the pretext that they are needed in the capital to maintain law and order. The poachers and bird catchers are back to the lucrative business.

Venison is much sought after meat. In some markets whole body of deer without heads and the tell-tale horns are on free sale. 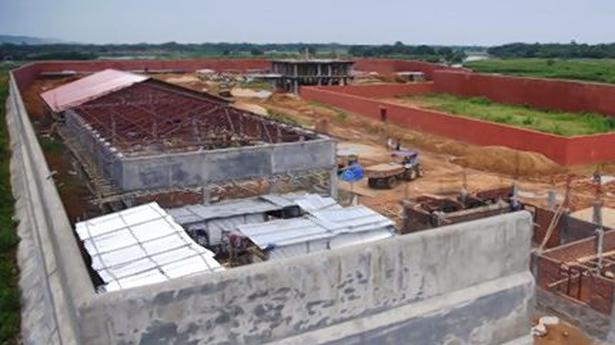 Foreigners can’t be kept in jails that serve as detention centres: Gauhati HC