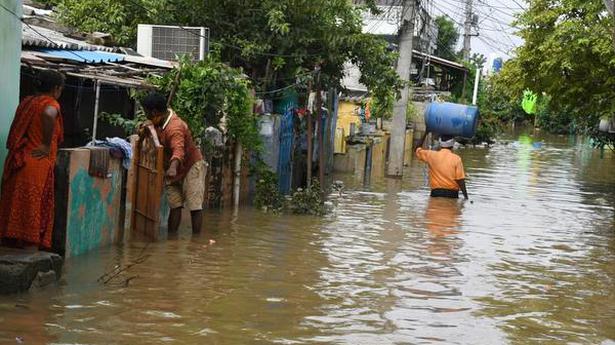 In view of the flood situation in the Krishna river, Collector A. Md. Imtiaz has asked people in the riverine areas to be on high alert.

He said the 7.5 lakh cusecs of water received by the Prakasam Barrage was currently being discharged into the sea. But the inflow of 7.5 lakh cusecs at Pulichintala project may gradually increase and inundate low-lying areas, he cautioned.

He has asked officials from 18 mandals located in the river catchment areas from Jaggayyapet to remain on high alert. He also asked them to evacuate people from low-lying areas to safer destinations and wanted them to use all possible means like a public address system and social media platforms to make them emergency announcement.

Families living close to the river should immediately shift to the relief camps and people should not try to cross canals and rivulets, he warned.

The National and State Disaster Response Forces had been apprised of the situation, he said, adding that people should also extend their cooperation to the officials dealing with the flood situation.

At the interbank Forex market, the domestic unit opened weak at 73.94 against the greenback, showing a fall of 10