Bidar Deputy Commissioner R. Ramachandran has formed a committee to resurvey the list of beneficiaries prepared for 2015-16 and 2018-19 for a housing scheme and to check whether houses have been allotted to eligible beneficiaries.

Mr. Ramachandran has formed the committee comprising 65 officers from more than 12 departments for the resurvey to ensure beneficiaries are eligibile for the housing scheme.

There were allegations that there was no transparency in the process of selection of beneficiaries for the houses allotted in 2015 and 2018 in some of the villages of Bhalki taluk in Bidar district.

Speaking at a training programme for officers to conduct the survey, Mr. Ramachandran instructed the officials to visit villages for conducting the survey and submit a comprehensive report within 10 days. The survey should be conducted based on the 15-point questionnaire of Rajiv Gandhi Rural Housing Corporation. The Panchayat Development Officers are directed to cooperate with the officials during the survey.

Mr. Ramachandran explained the process of conducting the resurvey through a PowerPoint presentation.

There is also an allegation of PDOs swindling ₹72.65 crore in the housing scheme.

Earlier, Managing Director of Rajiv Gandhi Housing Corporation conducted an inquiry and submitted a report to the government. 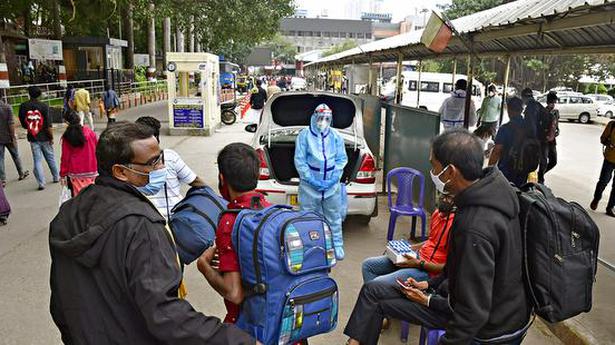 State to conduct second round of sero survey in Jan.