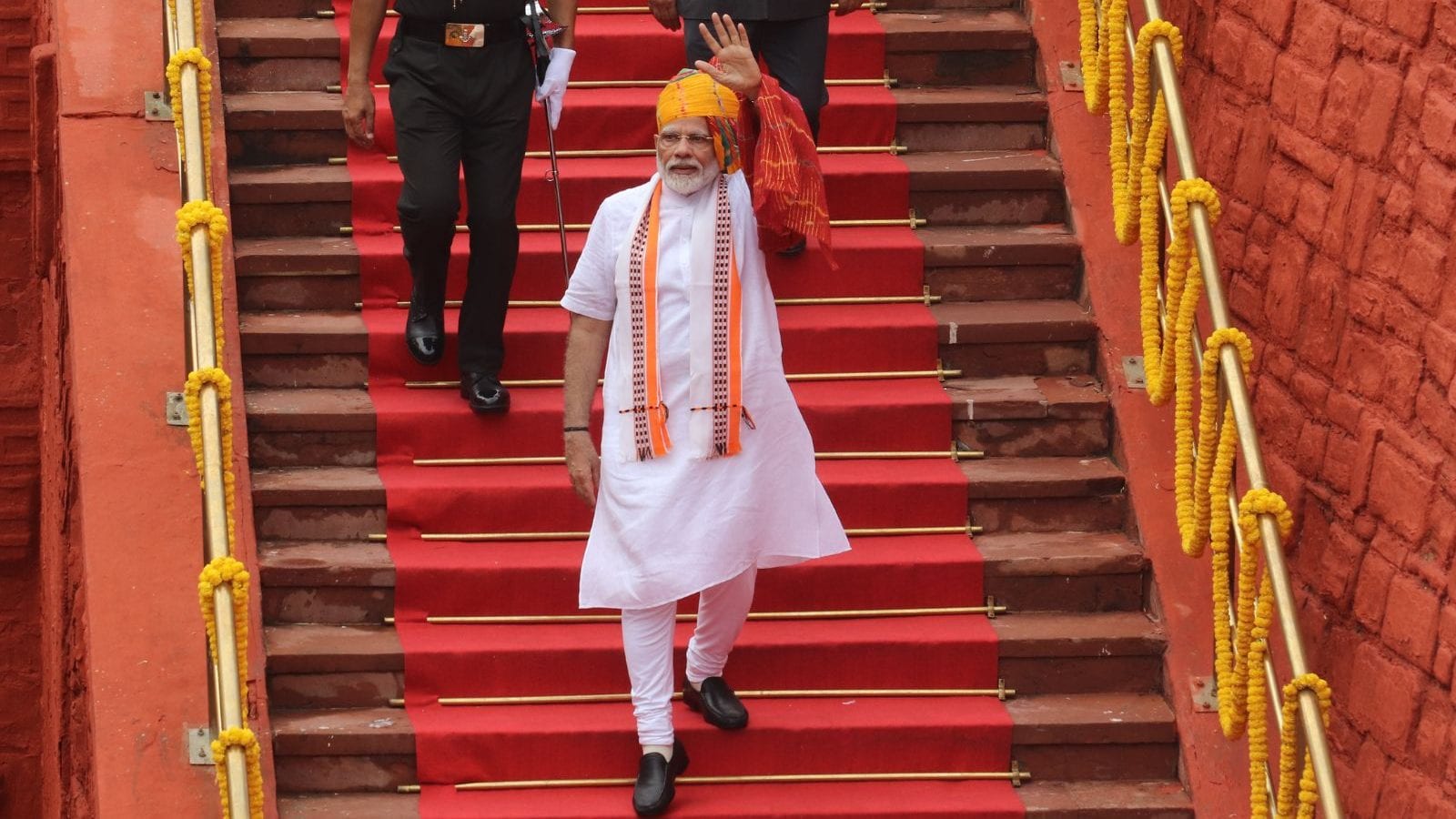 
India’s Prime Minister Narendra Damodardas Modi turns 72 on September 17. But typical to his hardworking lifestyle, he has required of his party members, including ministers and members of Parliament and legislative assemblies, that there should be no cake-cutting, or for that matter, no havans either. Instead of the normal mode of celebrations, the BJP will mark the occasion with a fortnight of service, Sewa Pakhwada, ending on Mahatma Gandhi’s birthday, October 2.

This is in keeping with tradition. On Modi’s 71st birthday last year, the BJP had launched a “Sewa aur Samarpan Abhiyan” — a Service and Dedication Campaign. This year, the programmes earmarked include vaccinations against Covid-19, mass blood donation, free medical camps, free distribution of artificial limbs, adoption and care of TB patients for a year, tree plantations, cleanliness drive, rejuvenation of water bodies under the Amrit Sarovar, and so on. The message to be conveyed was “Ek Bharat, Shreshth Bharat — One India, Best India”.

But this does not mean that there will be no PM promo. There are to be exhibitions on Modi’s life both at the district and state levels. According to a letter sent by BJP national general secretary Arun Singh on September 13, there will be “organising intellectual meets and seminars on Modi’s life, vision, policies and achievements in every district,” including publicising the book, Modi@20: Dreams Meet Delivery. In addition, a booklet, “Modi: Story of Bharat Mata’s Devoted Son”, which has reportedly been circulated among the party cadres, will be shared with the nation.

Although I haven’t been able to get hold of this 94-page booklet, it reportedly portrays Modi’s life from “Vadnagar to the world stage” as a story of “effort, self-learning and grit”. It portrays Modi as a self-made man, sculpting his own life, “without a big surname, without taking recourse to caste networks and without godfathers, proving himself at every step, Modi has grown through the ranks to become the PM of the world’s largest democracy”. One of the chapter titles sums it up — “Self-Made Man Inspiring the Self-Made” — “Generations of aspirational Indian youths, especially those from disadvantaged backgrounds, feel inspired from Modi’s life journey and see the possibilities of their bright future in him.”

There is no doubt that Modi is one of the most extraordinary Indian change-makers in recent times. Having followed his remarkable career since his reconstruction of Bhuj after the devastating earthquake of 2001, his three stints as the best chief minister Gujarat has known, and then his continuing second term as India’s Prime Minister, I believe that Modi’s achievements are indeed too numerous and too remarkable to list in a 100-page booklet, let alone a single column. In fact, several books would be needed to understand the Modi phenomenon. I myself have counted that there are now over 100 books on Modi in various languages, signifying a growing Modi industry.

This should not surprise us. The BJP vote share in our general elections went up from approximately 31 per cent in 2014 to over 37 per cent in 2019. The BJP vote share increased by as much as 6.4 per cent. Of the 912 million eligible voters, over 611 million cast their ballot in the 2019 election. Of these, the BJP garnered some 37 million, which is 6 million more than 31 million, the total number of voters in the UK’s last general election, also in 2019. Though all these 37 million additional voters, let alone the 226 million plus voters who opted for the BJP, did not vote exclusively for Modi or because of him, his being the single largest factor in the last elections cannot be denied.

But Modi’s impact is even greater than his electoral draw. He has powered a civilisational shift in India in a manner never seen before except during the freedom struggle and the national movement. Hindutva 2.0 is an inapt, if not inept, description of this shift, because it is much more far-reaching and, hopefully, long-standing than any one label can capture or conceptualise. That is all the more reason why his 72nd birthday should make us all, both his admirers and detractors, take pause and assess what lies ahead from the point of view of India’s best interests.

Speaking of his detractors, there are plenty. The litany of complaints against him includes authoritarianism and centralisation of power; emasculation of ministers and ministries; a vice-like grip not only over BJP, but also over RSS and all the important institutions of the country including the media; increasing isolation from and inaccessibility not only to ordinary people, but also to key party personnel and personages; working with and through a small coterie of trusted lieutenants that bypass normal procedures; getting his own pet projects done with extraordinary zeal and resource-mobilisation but treating those of others in a step-motherly manner; narcissism and megalomania; promoting his own personality cult; hogging credit while deflecting blame; appropriating the legacy of past heroes of all hues and parties; turning India into a less-free and much more polarised society; legacy building at the expense of tackling real issues such as price rise and unemployment; ruthlessly eliminating competition whether at the centre or state levels; inordinate penchant for risk-taking as with the “disastrous demonetisation”; vendetta against and mental torture of those who oppose him; and so on.

The list of disaffections that can be culled from various sources, whether from envy, hatred, or simply bewilderment, is ultimately futile. For all present indicators show that his popularity, far from waning, is still rising. Nothing succeeds like success! This suggests that he will, for the third time, lead his party to victory in the 2024 general elections unless something goes drastically wrong. He will then be 74 years of age. Some say, half-way through his third term, keeping in mind the 75 year “retirement age” that BJP has set for itself, he will hand over the reins to a chosen successor. It is utterly pointless, however, to speculate who that might be. Only Narendra Damodardas Modi knows his own mind.

On a lighter note, although cakes have been “banned”, an innovative Delhi restaurateur has come up with a 56-inch — or should it be 56-item “chhappan bhog” — thali or meal to celebrate the PM’s birthday. After all, what is a celebration in India without food? Happy Birthday, Mr Prime Minister — please don’t work too hard at least on your special day!

The author is a professor of English at Jawaharlal Nehru University, New Delhi. Views expressed are personal. ‘This ISL Season is Another Significant Step Towards Our Football Dream’: Nita Ambani