The Bharatiya Janata Party took out a rally against alleged police high-handedness leading to death of K. Ramesh in Baselisahi police station in Puri town.

The party also demanded suspension of proceedings for discussion on cases of custodial deaths.

“The Puri Superintendent of Police should be booked under murder charges. His transfer from district is not punishment. He should be suspended. A judicial probe should be ordered,” demanded Leader of the Opposition Pradipta Kumar Naik.

Veteran Congress leader Narasingha Mishra said, “The law and order situation has collapsed completely… jungle raj is prevailing… I have been reiterating at different fora. I have again repeated in the Assembly. Chief Minister Naveen Patnaik should have taken sterner action in two custodial cases.”

BJP national spokesperson Sambit Patra led a party delegation to meet the family members of the deceased and demanded compensation of ₹1 crore.

“It is not a custodial death, but custodial murder. The culprits should be booked under Section 302 of IPC,” he said.

“Allegations have been published in some print and electronic media about assault of some persons forwarded to jail by Pipili police station. An inquiry by DIG of Police, Central Range, Cuttack, has been ordered,” a statement issued by the State Police Headquarters said. 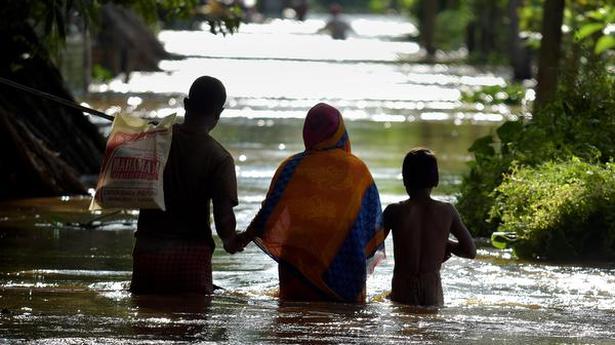