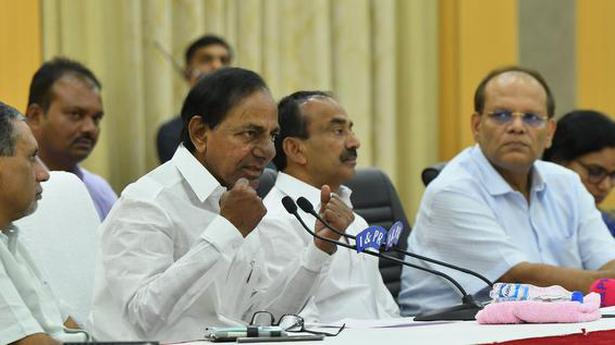 Health Minister was an important part of the Telangana agitation, a Minister in the Y.S.R. Reddy govt.

The rumoured change in the power structure in the government is echoing more in other political parties, as a concerted effort is being made to prop up other names to counter Municipal Administration Minister K.T. Rama Rao, the apparent heir to Chief Minister K. Chandrasekhar Rao.

Ever since rumours of KTR replacing his father as the CM started doing rounds, the opposition parties have stepped up a new narrative creating a platform for other leaders giving the social and agitational angle to it.

And willingly or unwillingly, Health Minister Eatala Rajender has become the focal point of discussion for his promotion to the top post if at all Mr. KCR decides to rest himself to promote his son Mr. KTR. It was evident the way Congress, BJP, and Telangana Jana Samiti (TJS) leaders promoted their argument that Eatala deserved to be the Chief Minister as he was an important part of the Telangana agitation and also a Minister in the Y.S. Rajasekhara Reddy’s government, much before KTR, when TRS shared power with the Congress.

Senior Congress leader and MLC T. Jeevan Reddy went onto argue that Mr. Rajender would be the most acceptable choice among the public and the MLAs, given his association with the TRS and the agitation since two decades.

Mr. Reddy used Mr. Rajender’s recent comments in favour of the farmers and the new laws to give weightage to his argument.

He, however, distanced himself from creating controversy on opposing KTR saying the IT Minister was competent enough to get into his father’s boots but should be ready to face the ‘family rule’ criticism.

TJS president M. Kodandaram too joined the bandwagon favouring the top post to leaders who were part of the agitation indirectly indicating that Mr. Rajender was the best option. Someone who played a key role in the agitation should be made the CM, he said, during his tour in Mahabubnagar.

Earlier, firebrand BJP MP from Nizamabad Arvind Dharmapuri was generous in heaping praises on Mr. Rajender and said he was the lone eligible member of the TRS to take over from KCR. That Mr. Rajender belongs to the Backward Classes also gave them the required ammunition to use the social card. TPCC chief Uttam Kumar Reddy went a step ahead and demanded that a Dalit from TRS be made the Chief Minister as KCR had promised the same before the 2014 Assembly elections.

Though the strong support from opposition will not have any effect on KCR, it is quite evident that there is an effort to create some confusion among TRS cadre and build up some pressure.

Meanwhile, TRS ministers and MLAs have no qualms on who the choice would be in case of transfer of power.

“KTR is the one and only choice as he understands the new generation’s aspirations much better than others,” was the unanimous view of a couple of MLAs with whom The Hindu spoke. “He is the face of Telangana with enough administrative experience as well.” 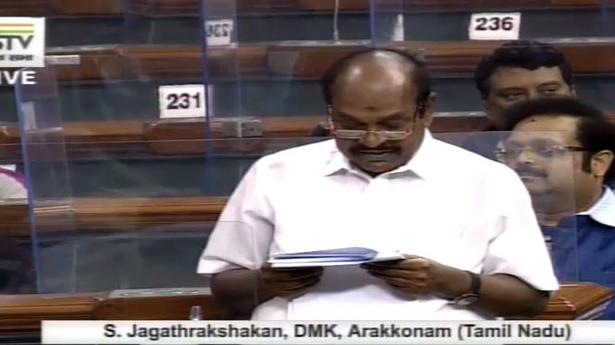 A time to ramp up defences and stay prepared