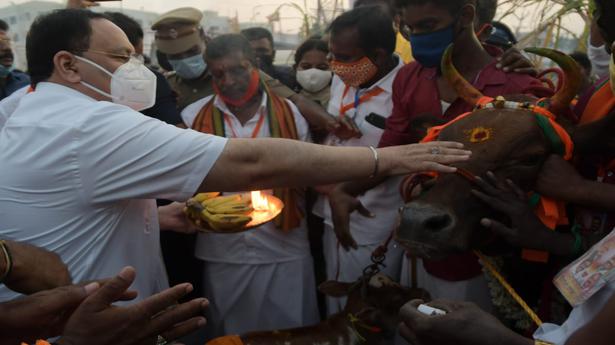 
BJP president J.P. Nadda on Thursday charged the opposition parties with supporting those agitating against the Farm laws trying to politicise the issue. Mr. Nadda said Prime Minister Narendra Modi had the will and courage to take bold decisions and was working for the nation and the farmers of the country.

Speaking at the 51st anniversary event of Tamil magazine Tughlak in Chennai, Mr. Nadda said the opposition had in fact written in their manifestos that reforms will be brought in in the farm sector.

“You [Opposition] speak and write in manifesto that reforms will be brought in, that the APMC needs to go, that the Essential Commodities Act is an age-old law which needs to be amended, farming and contract farming has to be legislated… [but] you don’t have the political will, courage to take decisions. It is PM Modi who takes decisions,” Mr. Nadda said.

The BJP president said the opposition was now trying to criticise, go back [on their promises], and “support the people who want to agitate”. He asked if politics was so important that issues that are important for the nation needed to be compromised.

According to Mr. Nadda when the Western world was struggling to control the spread of COVID-19 despite having better healthcare facilities, Mr. Modi had taken a strong decision to enforce a lockdown and save the 1.3 billion population of the country.

He said when COVID-19 came to India, the country did not have testing capacity of even 5,000 but now has a capacity to do five lakh tests. “Prime Minister Modi has shown the way….how he has enthused the scientists, how he has taken care [of the country],” he said.

He said the mainstreaming of the BJP in Tamil Nadu was important and that he was confident about the party’s Tamil Nadu unit’s calibre to ensure that.

Earlier, he took part in a Pongal event, ‘Namma Oor Pongal’ organised by the State unit at Maduravoyal. 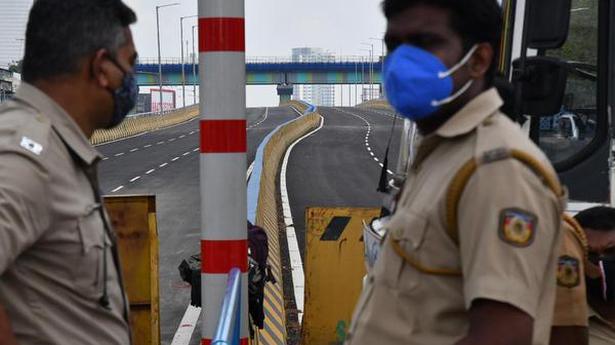 Case against NRI for abusive comment on social media