Entry of late Y.S. Rajashekhar Reddy’s daughter Sharmila into Telangana politics has stirred a hornet’s nest with political parties accusing each other of her being a ‘tool’ to target their opponents though there is no clarity on who her entry will actually affect finally.

TPCC working president A. Revanth Reddy described her as a ‘arrow’ of Chief Minister K. Chandrasekhar Rao to target the Congress party to which Dr. Y.S. Rajashekhar Reddy belonged. He said though YSR continues to enjoy support among people in Telangana no way they would agree to Ms. Sharmila continuing his legacy here.

Mr. Reddy challenged her to file cases against Pothireddypadu and Sangameshwaram projects in the High Court to prove her loyalty to Telangana. As the daughter of YSR she would get utmost respect here but people cannot compromise on the interests of Telangana for which they fought for so many years. “If Ms. Sharmila has differences with her brother Y.S. Jaganmohan Reddy she should settle the issue in Andhra Pradesh and not in Telangana,” he said.

The Bharatiya Janata Party (BJP) too targeted the TRS with state BJP vice president N. V. S. S. Prabhakar claiming that senior Congress leader K. V. P. Ramachandra Rao was behind Sharmila’s entry with the active support of Mr. K. Chandrasekhar Rao. “KCR is losing ground and facing problems internally from the family. So to save the party and split anti-government votes he has created this new drama,” he claimed while speaking with The Hindu.

The ruling TRS preferred a little subdued reaction with their leaders questioning her entry on the basis of the anti-Telangana stand taken by her. TRS social media convenor Manne Krishank wanted to know the reasons behind her criticism of the TRS government. “Telangana is doing better than all States in terms of water, irrigation, power, education and welfare schemes. Let her prove how YSR government was better than now,” he asked.

Huzurnagar MLA Saidireddy said emergence of any new party will have no place in Telangana that is set to sail with KCR for another two decades. It is her right to start a political party but there will be no future for any political party other than TRS in the near future, he told The Hindu. 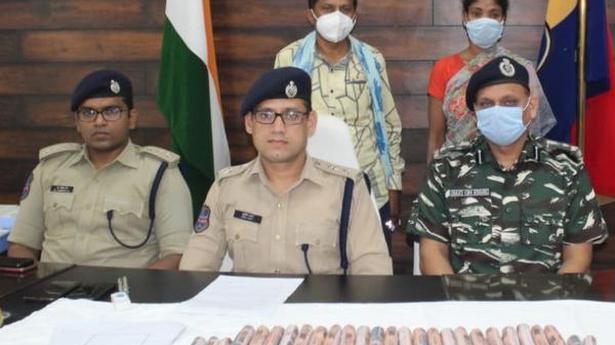