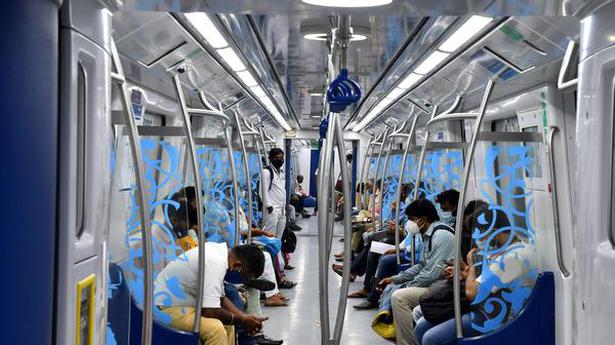 KCR gave this assurance to Metro Rail authorities who called on him at Pragati Bhavan on Tuesday to discuss the financial situation of the corporation and seek the government’s help. HMRL officials spoke about the financial loss and interest burden that was accumulating due to losses incurred on account of the pandemic and sought the government to come to the rescue of the corporation.

The Chief Minister lauded the HMRL for being recognised as a safe mass transport facility in a short period of time and said that the corporation too, suffered like various other sectors due to COVID. “There is an imminent need for Metro services for a fast growing city like Hyderabad and steps should be taken to expand the network in the coming days,” he said.

“It was unfortunate that HMRL plunged into losses due to the pandemic and was forced to bear the interest burden on account of the losses incurred. The government would take all necessary measures to ensure that the corporation’s financial situation returned to normalcy. Accordingly, steps would be taken to explore ways that would benefit the HMRL and the government would examine the possible steps that could revive the corporation’s financial situation,” he added.

Given the impact of the COVID pandemic, there was need to think about innovative ways in the difficult times. The government at the same time would also focus on expanding the network to uncovered areas keeping in view the needs of the people. It was therefore decided to constitute a high-power committee to discuss about the modalities to examine the situation and suggest steps to revive the corporation.